Dominique Crenn: 'Everything I Do Could ... Impact' Other Women 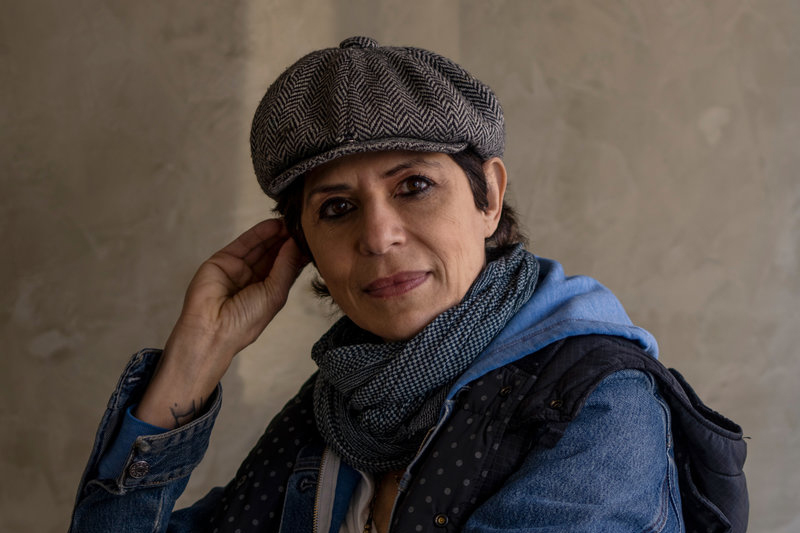 Chef Dominique Crenn has reached the pinnacle of success in the culinary world, at least for Michelin devotees.

Most chefs only dream of getting noticed. Crenn recently was awarded three Michelin stars for her restaurant Atelier Crenn in San Francisco. She is the first female chef in the United States to achieve a top ranking.

"We were not seeking it. We don't seek those things. It's what we do with it that matters. It doesn't mean that we are better than others," Crenn says.

But she acknowledges the value of recognition for her staff. "It's good for the team. For me, it's a platform and it's also showing young girls you can achieve a lot in your life," she says.

Crenn has successfully navigated an industry that has been largely male-dominated. Over the years she's received lots of accolades, including a James Beard Award for Best Chef this year.

In 2015, Crenn was Eater's chef of the year. In 2016, San Pellegrino named her the world's best female chef. But she is dismissive of awards that judge women and men's culinary skills separately. "When you give someone an award and you tell them that they are the best female chef in the world, you alienate them from their peers," she says. "It's unbelievable. Since when do we have to do a category for women?"

The highly acclaimed chef never went to culinary school. She has a business degree from the Academy of International Commerce. As a kid growing up in Brittany on the west coast of France, she spent a lot of time in farm country. Crenn moved to San Francisco in her 20s, rising up the ranks in different restaurants.

"When I started to work in the kitchen, there's not a lot of women that were working and I didn't try to pay attention to that," she says. "I had to work harder than others and I was a bit picked on sometimes. But I'm a very strong person. Nobody touched me."

Crenn's culinary talent was noticed early in her career, allowing her a fast pass in the kitchens she has worked in. "Anybody that comes in, a new person is supposed to spend six months downstairs in the basement doing prep work. I didn't. I got on the line right away."

On facing people who thought she was moving up quickly in the restaurant world because she's female:

There was one guy. I remember him. I'm not going to say his name. He was very short. I called him Napoleon. You know, I've never been aggressive to anyone, but I looked at him in his eyes and I said, "Listen, you can think anything of me but what I'm going to show you is what I can do and if you're not happy, then I don't really care. I think the chef is happy so that's what drives me here. I need to please my chef, but I'm also pleasing myself. That's it. I know what I'm doing is the work and I'm working harder than you because right now you are talking to me - and that time that you're talking to me, you should spend maybe to fix or prep your thing." You have to talk like this. You can't engage in violence because I think they want you to fight. I fight with words.

On San Francisco restaurant critic Michael Bauer's comments to The New York Times about Crenn. He said, "She has been successful because she does have talent and she has worked hard. But let's be honest, also because she has enormous charisma. She's beautiful and has that French accent."

I didn't like it, but I have to tell you that monsieur Bauer came to me and he told me about what was said in the newspaper was taken out of context and I did listen to him. And what I realized at that moment - I think he never should have said that. ... Saying that about me is a little bit degrading. Beauty is in the eye of the beholder, but that should not be a factor in anything. And yes, charisma - what is charisma? I'm trying to be genuine every time I speak or every time I'm out there. Maybe you call it charisma, but this is who I am.

On Bauer saying 'she cooks the way men are cooking'

That was not right, either. I think what he was trying to say, you know, the field that I'm in and also the style of the restaurant especially with Atelier Crenn is a little bit different than a casual restaurant, and he wanted this to be a compliment. But I'm not saying what he said was right. I'm just trying not to be aggressive about it. What I want to say from this is that words matter, and the consequences can be hurtful to others.

On how she is using her platform in the #MeToo era

I am just a little fish in the sea. But I do understand that everything that I do could have a little impact. I had a few men chefs that had sent me emails and they have said to me, 'We have never met, but I have to tell you that I am not proud about the way that I have been treating people - not just women but a lot of people in my life - and you have inspired me to be a better person. I hope you can give me some advice.' That's powerful. I truly believe that some people go through life and they've been taught not the right way. But I can't judge them.

Some I will not give them the pass. I'm giving the pass to people that haven't done anything violent, especially sexual violence. They have no place to be in an industry where you are supposed to bring people together.

On who should get a second chance

For me, it's people that perhaps work in that environment and ... they were perhaps followers, but they realized they should have spoken up. Because when you look at the world, we are all complicit.