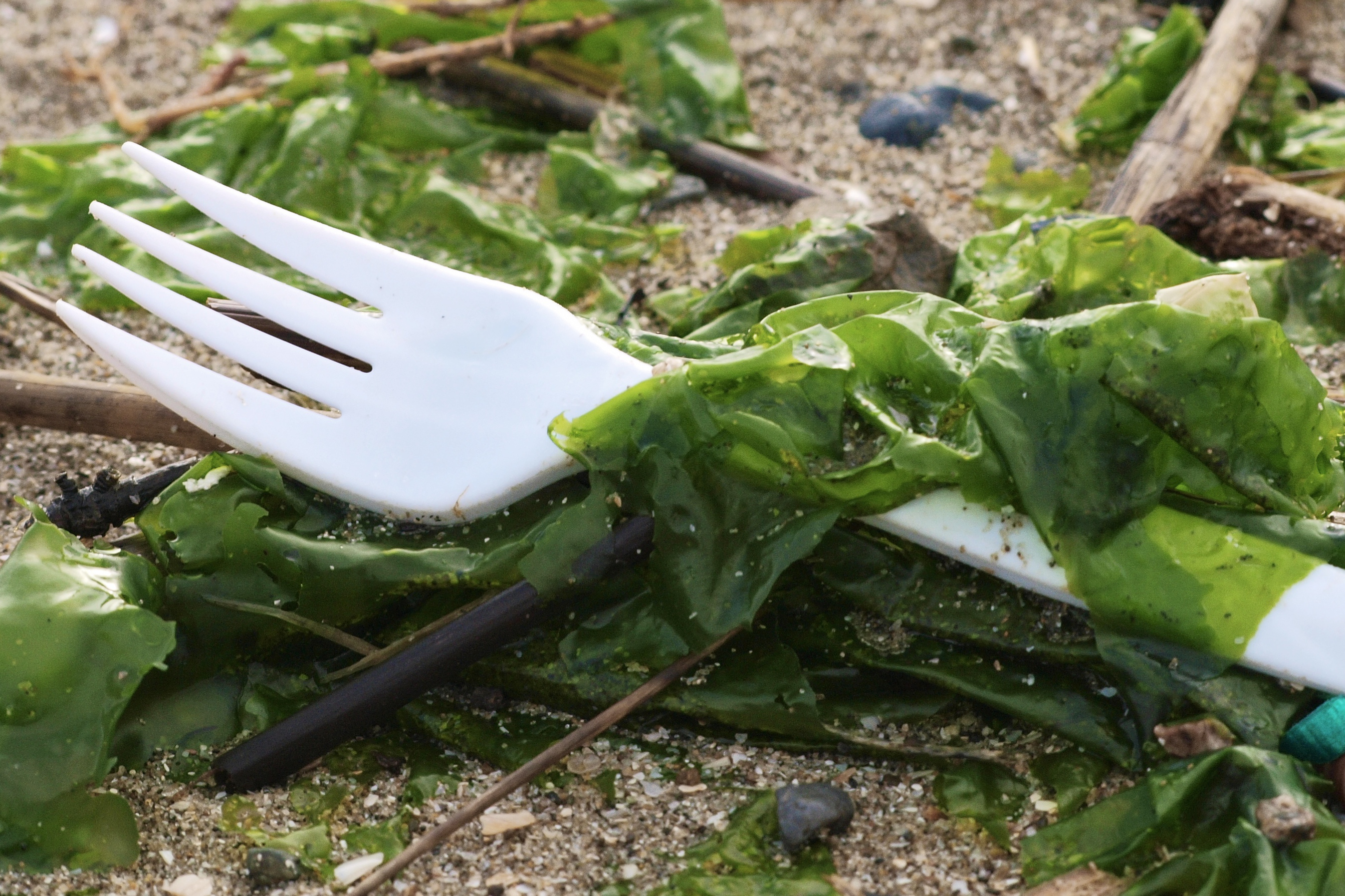 A Tide of Plastic

A recent report from the investment firm Cowen is predicting a whopping 79 percent increase in the home delivery market over the next five years, from $43 million to $76 million.

Consider how many of those meals are packaged with disposable plastic containers, utensils and straws -- it's a staggering amount of plastic waste that doesn't go away.

Clean Water Action, a California-based environmental group, found the biggest source of litter in the San Francisco Bay Area was fast food, with disposable plastic bags, containers and utensils making up nearly half of all street litter.

Much of that plastic ends up in the ocean, where currents swirl it into maelstroms of waste that threaten marine life.

The Pacific Gyre between Hawaii and San Francisco now covers an areaÂ the size of Texas and contains about 3.5 million tons of trash.

Plastics break down into tiny particles that become a ubiquitous part of the food chain.

The United Nations says that by 2050, oceans will carry more plastic than fish and 99 per cent of seabirds will have ingested plastic.

A report from the Ocean Conservancy said rapid economic growth in developing countries has spurred this wave of disposable food packaging.

The report said worldwide, 60 percent of all marine plastic in oceans can be traced to just five countries: China, Indonesia, the Philippines, Thailand and Vietnam.

In Indonesia alone, a booming motorcycle taxi and delivery service, Go-Jek, has transformed the country's food delivery landscape since it was founded in 2010, and is now valued at $2 billion.

There are plenty of success stories.

Ireland reduced its plastic bag consumption by 90 percent between 2001 and 2011 after imposing a 37-cent plastic bag tax.

In the US, more than 130 anti-bag regulations are in effect, according to the Reuse This Bag advocacy group.

In 2013, a study showed that after San Jose, California, enacted a bag ban, there was a near 90 percent drop in the amount of plastic in storm drains and almost 60 percent lass in the streets.