Didi Emmons Says There's No Such Thing As A Weed 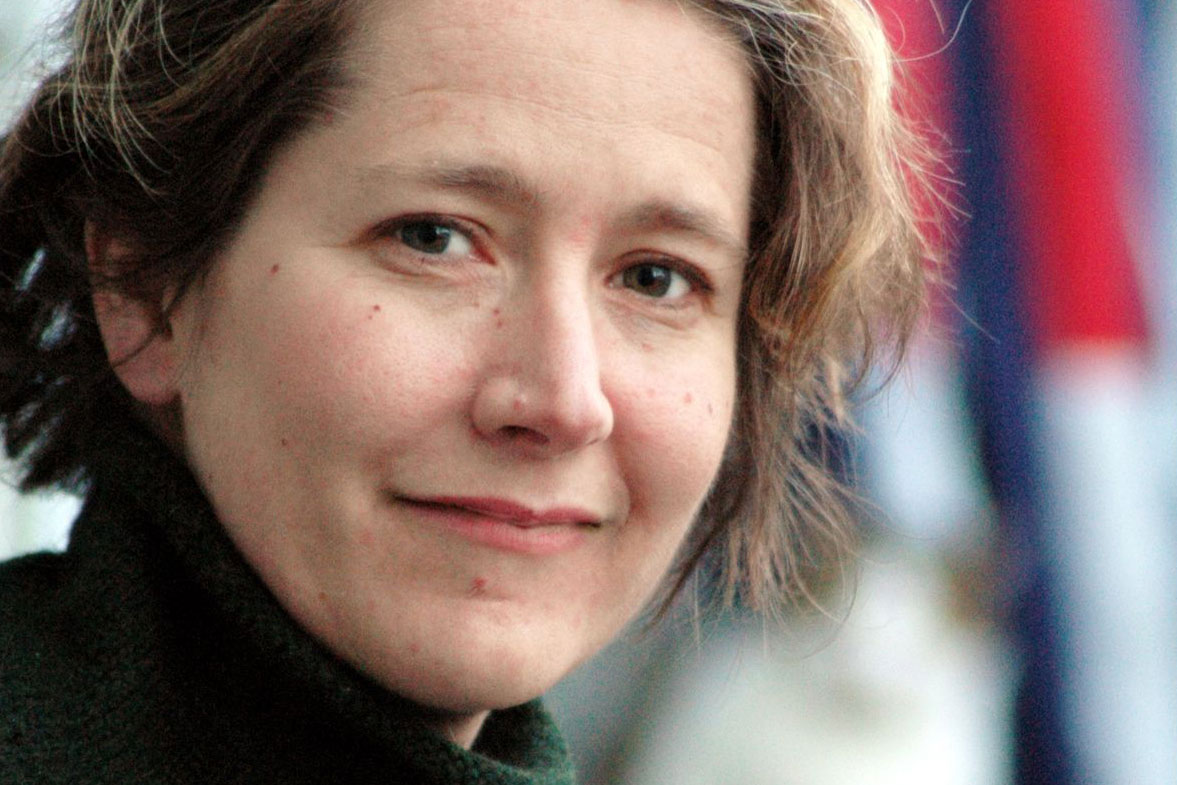 It describes her experiences on Eva Somaripa's New England farm where she learned how to prepare some of the 200 unusual herbs, greens and edible weeds grown on the farm.

She spoke with Earth Eats about her favorite greens and how to best bring out their unique flavors.

Annie Corrigan: First of all, who is Eva Somaripa?

Didi Emmons: Eva Somaripa is a 70-year-old female farmer who is on fire. She has so much energy. She runs a two-and-a-half acre farm, which is a small farm, but it's all herbs, cultivated weeds, greens and cultivated shrubs. She grows for chefs, so her product is very high quality. She coddles her plants. The average person probably wouldn't want to buy them because they're so expensive.

When I came down there ten years ago and first discovered her garden, I didn't even really like herbs. I realized I needed to come back, so I came back like 200 times. I always stayed with her and cooked for her and all of her friends -- I just loved cooking from the garden. Part of that was the herbs, the quality and the excitement of working with all these new flavors.

But also part of it was her personality and how she was so amusing. I've never met a farmer quite like her. People were like, finally someone is writing a book about her! She's a legend in the New England area.

One Man's Weeds Are Another Man's Salad

AC: There's this quote in the book from Peter Del Tredici. He says, "I consider weed to be a politically incorrect term. There's no biological definition of the term weed. It's really a value judgment." I love that. Did you believe that going in or did you come to that belief after writing this book?

DE: Oh, I was not born with that thinking at all. We think of weeds as something you have to pull out, and they are invasive and you have to get rid of them. But these feisty little weeds are full of nutrients.

In terms of how they taste, Eva is such a salesperson. It took me about four or five years before I started to like chickweed, but she gives you such a hard sell for chickweed that you feel guilty for not eating it. That's an example of a weed that once I finally tasted it and dressed it in a little vinaigrette, I realized it was good.

AC: Can you describe the flavor?

DE: It's grassy and earthy. It tastes a little bit like dirt. But! But if you had Eva by your side, you'd be eating it by the gallon because it's so good for you. Once you mix it in with a little bit of cilantro, sorrel and lettuce, and you make a salad out of it... It's like adding a little bit of vinegar to a soup. You don't like vinegar straight up, but once it's added to the soup, it brings out all the flavors. That's what so many of these weeds do. You do need to mix them.

An example of that would be wood sorrel oxalis. It tastes like sorrel, almost a little sweet, and you find that everywhere. And goosefoot you find in people's lawns everywhere. It's even more delicate than spinach. Just sauté it in a little bit of olive oil.

AC: You read my mind. I've got the goosefoot page in your cookbook open. I wanted to talk specifically about goosefoot because I'd never heard of it. You're saying if you just sauté it in a little olive oil, it's really tasty. What else can you do with this?

DE: I'll cook it in olive oil and garlic, and then I'll top some pasta with that. I'll top it also with some Parmesan. That's an example of what you could do, but the sky's the limit. You can make roulades of chicken breast. Line the chicken breast with goosefoot and goat cheese and then roll it up tightly and have a stuffed chicken breast.

But really, I think it needs to be eaten in bulk. It's a very mellow, mild green. Maybe some onions would be a good way to go, maybe a touch of balsamic, but really keep it very simple just as you would with spinach.

AC: I'm looking at the goosefoot pancakes. Do you remember this recipe?

DE: I think Dori Greenspan wrote the recipe you're talking about. It's a recipe that's filled with weeds (if you want to go in that direction) or you can use spinach or kale. You chop these herbs and greens and you add them to the pancake batter. You make the pancakes and they're bright green.

I first tried them with one cup of greens, and then I ended up going up to four cups, and it just kept getting better. It's almost like a crêpe but a little bit thicker. These are things that you can eat as a snack or make a fancy Hors d'oeuvre and top with a little sour cream, a dollop of crème fraiche or goat cheese.

AC: There are a lot of sorbet and dessert recipes using greens, too. Talk about those.

DE: Chefs now are seeing the value of herbs that are quite savory, like oregano, basil or rosemary, and they'll use them with sweet treatments. I have a shortbread recipe, which is like a butter cookie, and I use juniper berries in them. Rosemary would be equally good, or lavender would be equally good.

There's a calament sorbet. Chefs love calament, which is this cross between oregano and mint, and they like to make ice cream with it or an ice or sorbet. There's something about mixing sugar with these very piney or earthy flavors that makes for a wonderful dessert.

Wild rose is another wonderful thing to work with. Eva makes this rose sorbet, to which she adds raspberries or strawberries. But a lot of it is just pureed fresh rose petals and it just blows your mind. It's so enlivening and it's so delicious.