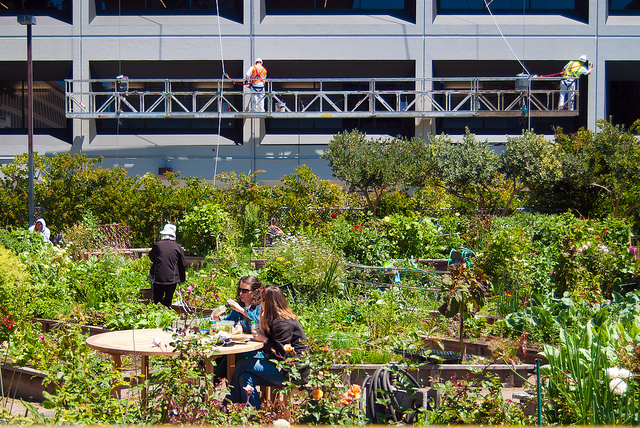 It's all good in the hood â€“ if you're in Detroit's newest agrihood, that is.

The Michigan Urban Farming Institute this month debuted the country's first urban agrihood in the Detroit's Northend neighborhood. The agrihood is home to a two-acre garden and a 200-tree fruit orchard, from which produce is donated to the surrounding neighborhood, churches, and food pantries.

Agrihoods â€“ also known as Development Supported Agriculture (DSA) â€“ offer residents and neighbors walkable spaces, access to local food, and agricultural and nutritional education opportunities. This alternative neighborhood model has been on the rise for a few years now, and there are over 200 nationwide.

Agrihoods outside of Detroit exist mostly in rural and suburban areas â€“ like Agritopia in greater Phoenix, Serenbe in Georgia, Prairie Crossing in Grayslake, Illinois.

MUFI expects to complete the Detroit agrihood renovations in May 2017.