Dandy Beginnings At A New Cooperative 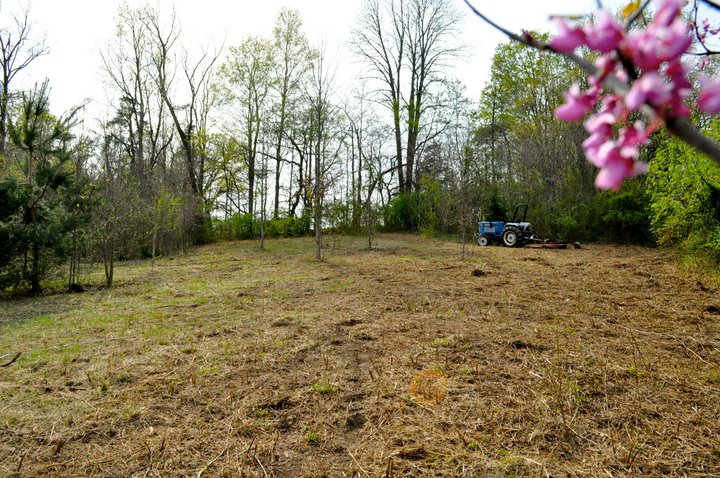 Danny Weddle is a co-founder and soon-to-be resident of Dandelion Village, an eco-minded farming cooperative under construction just minutes from downtown Bloomington.

Danny has spent the last year at Dandelion Village cleaning up all secondary forest and invasive species. In addition to clearing, he had the soil tested for heavy metals and other contaminants including polychlorinated biphynel (PCB) -- a highly toxic pollutant that is a known problem in Bloomington.

Despite resoundingly good reports, the village has taken special precautions including mulching and the installation of culverts to prevent potentially contaminated water from flowing over agricultural land.

In preparation for springtime planting, villagers have planted a cover crop of winter rye.

Leftover woody material from clearing the forest is also being recycled by way of a German gardening technique called Hugelkultur, which involves lining garden beds with debris. Not only does this serve bind up the soil, it also holds water during times of drought and enriches the ground as sticks and logs biodegrade.

Dandelion Village's fruit trees will be strategically located on a cooler, north-facing slope to prevent buds from breaking early and being frozen off by a late frost.

During the next few months Dandelion Village will be planting their orchard, starting their first beehive, putting in the garden and building two houses.

Those interested in getting involved can attend Dandelion's Monday night meetings, which are open to the public and advertised on Facebook, or join Sunday work parties, which will begin later this summer.