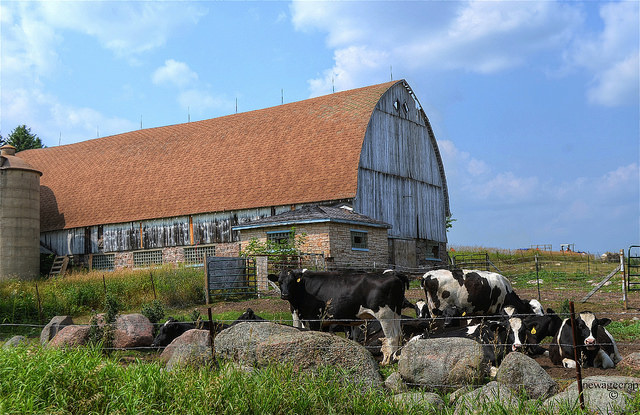 As milk prices and morale plummet to historic lows, dairy farmers are forced to reckon with the market any way they can. And in some cases, they're turning to beer.

They're not drinking it, though - they're brewing it. The New York Times last week wrote about several dairy operations across the country that are repurposing their equipment and infrastructure to make craft beer.

For many dairy farmers who can't make the transition, there is little relief in sight. The dairy market has gotten so bad that in recent months, dairy co-op AgriMark sent a letter to its members stating its intention to create a free assistance program after three of its members committed suicide in recent years. Some worry that new tariffs under the Trump administration will further exacerbate the dairy industry's problems.

For Stone Cow Brewery in Barre, Mass., brewing and selling beer helps them hang on to their agricultural roots, while looking to the future of their business.

"We have people that come in and get a growler of beer and a gallon of milk," Stone Cow employee Sean DuBois said.

"We take so much pride when people buy our milk. That's our heritage."