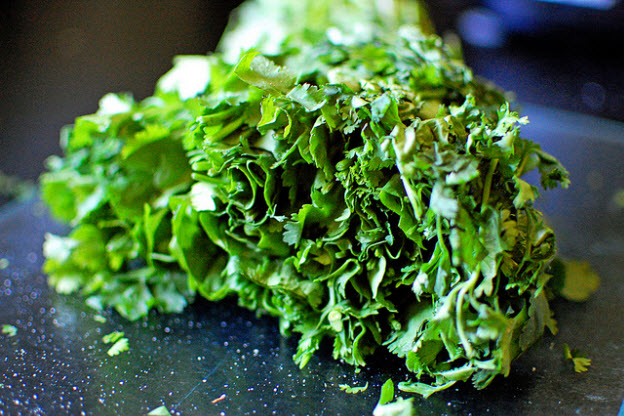 A cyclospora outbreak has sickenedÂ 384 across 26 states and halted imports of cilantro from the Mexican state of Puebla.

The Centers for Disease Control and Prevention released a statement that clusters of infections have shown up in Wisconsin, Texas and Georgia, and in both Wisconsin and Texas, cilantro is to blame.

Cilantro sourced from Puebla was blamedÂ in a 2012 outbreak after human feces and toilet paper were found in growing fields.

The FDA is halting imports at the border to obtain inspections and certifications showing it's clean.

Cyclospora cayetanensis is a single-cell parasite that causes intestinal infection. Symptoms of cyclosporiasis include watery diarrhea, loss of appetite, weight loss, cramping, bloating, increased gas, nausea, fatigue, vomiting and fever, and these symptoms can last for several weeks and come back.