How Many Cuts 'Til You Get To The Center Of A Farm Bill? 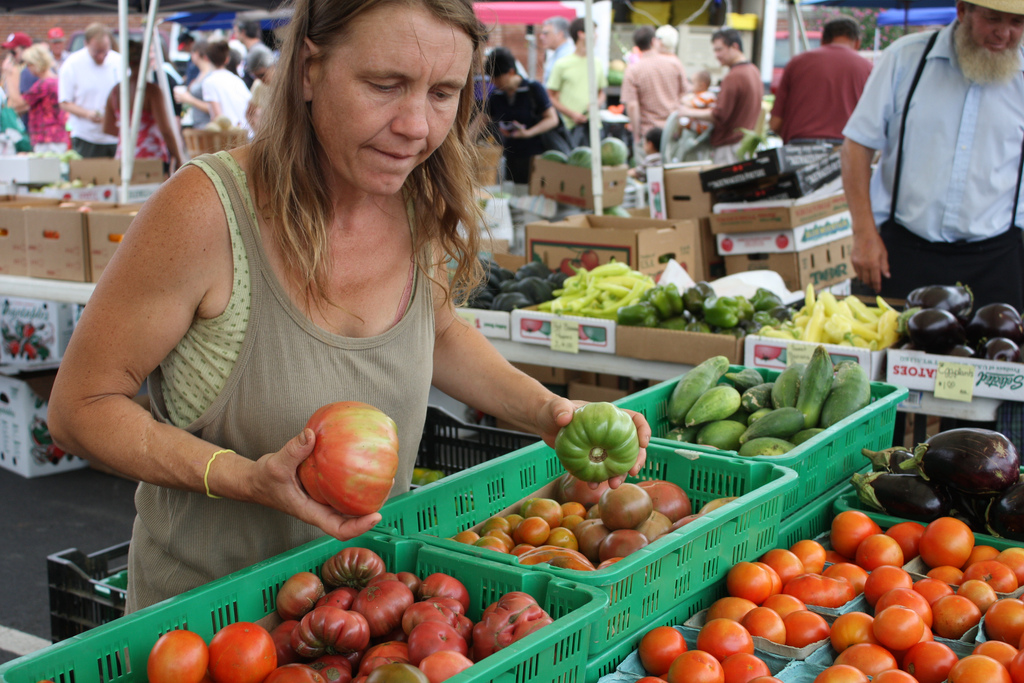 Well, it still doesn't exist. But hearings began again on March 30, and we may finally be seeing bigger movement on it in May.

Senator Debbie Stabenow (D-Michigan), chair of the Senate Agriculture Committee, and Pat Roberts (R-Kansas), its ranking member, hope to push the bill through committee within the coming weeks.

The Farm Bill's challenges all come down to budget, of course. The Republican House want to cut $180 billion from the USDA as part of the overall budget bill. The Democratic Senate is expected to block it.

With that much uncertainty in numbers, it's hard for the House Agriculture Committee to move forward with a concrete plan for the Farm Bill.

Republicans have made it clear they want to cut the Supplemental Nutrition Assistance Program (SNAP), informally known as food stamps. SNAP is among the programs regulated by the Farm Bill.

What About Small Farmers

"I caution that the belief that locally grown and purchased food is inherently better, safer, or more â€˜environmentally sustainable' than food produced elsewhere in our country pits farmer against farmer, town against town, and state against state," Roberts said.

A "specialty crop" is one that requires intensive cultivation and is used for food, medicine, or aesthetic gratification. This includes almost all fresh and dried fruits, vegetables, tree nuts, nursery plants, and cut flowers.

A Hoosier In Washington

In March,Â the National Sustainable Agriculture Coalition (NSAC) brought small farmers to Washington to speak with Congressmen working on the Farm Bill.

Jeff Evard,Â owner operator of LIFE Certified Organic Farm, was recruited to speak to legislators about funding research, outreach and education for small farmers in Indiana. "My presence in Washington was to let them know that we are an under-served sector of agriculture," he says.

Evard explains that over a half-century ago, when research and developmental resources were focused on the country's soy and corn production, yields increased. He believes if similar resources are devoted to organic systems, small farms like his could also see increased yields.

But farming efficiency is about more than just yields:

Organic Chemicals On The Way?

He acknowledges there are some hurdles to leap before organic production can compete with conventional -- specifically when it comes to its economic impact.

Conventional farming systems produce revenue through the use of chemicals and machinery. "If we were to switch over to an organic, less input-driven system," he says, "where are we going to get the revenues?"