A Crisis Both New And Old: Water In Puerto Rico 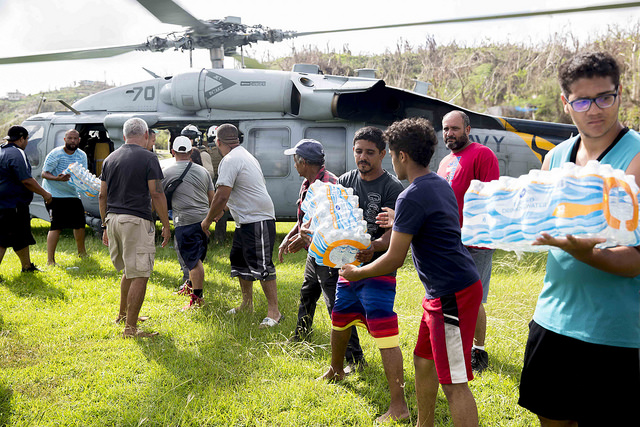 As the food crisis in Puerto Rico slowly winds down, another looms: water.

Flooding from Hurricane Maria led to cross contamination of sewage and freshwater, leaving at least 55 percent of the island's residents without access to clean drinking water and at risk for waterborne illnesses like typhoid and cholera.

Unfortunately, however, many Puerto Ricans aren't strangers to waterborne illnesses. Even before the recent hurricanes, the island consistently had the worst rate of drinking water violations of any state or territory, and almost 70 percent of the island's population drank water that violated federal health standards.

"We have in this country a chronic problem of, particularly in underserved areas and poorer areas, where the infrastructure for both drinking water and wastewater is outdated, in need of repair, in need of upgrade," said Tom Burke, a professor of health policy at Johns Hopkins Bloomberg School of Public Health, to The Hill.