To Crate Or Not To Crate? Different Sides Of The Pork Divide 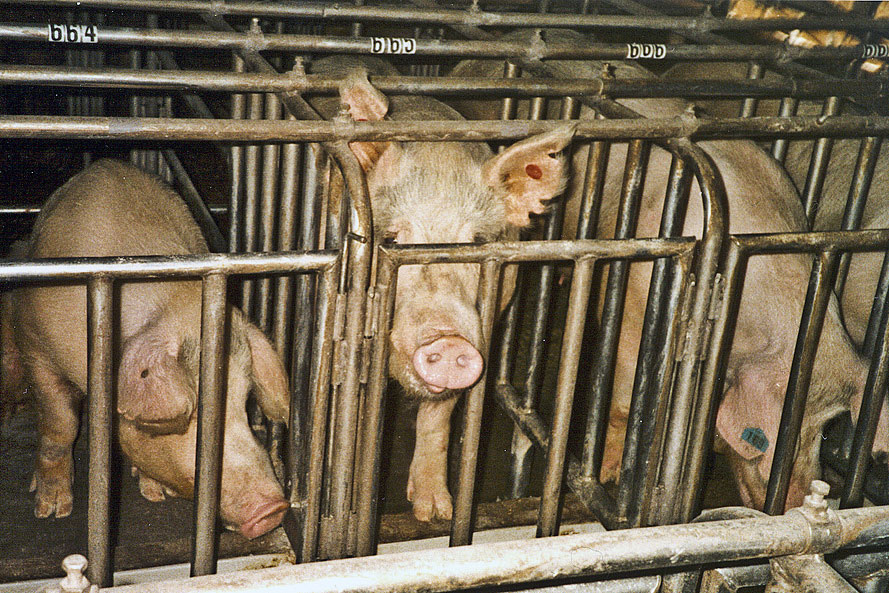 Denny's is the latest restaurant chain to announce it will stop purchasing pork from farmers who crate their pigs. While animal rights activists are cheering, pork farmers are incensed.

Pregnant sows are often held in crates to keep them from being crowded out at the trough, but the enclosures are often little bigger than the pig itself, leading to stress and various health issues.

Denny's is following in the footsteps of other major chains like McDonald's and Burger King who have already stopped or plan to stop using pork from suppliers that use gestation crates.

Domino's Pizza, on the other hand, has announced it would not cease purchasing meat rendered from crated swine.

This has pleased pork farmers like Chris Chinn published a blog piece expressing her approval. Emphasizing farmers' use of crates for protection, she hailed Domino's trust in farmers' expertise. "Domino's decision speaks volumes to me as a farmer," she wrote. "It shows they trust the experts I trust. It shows they trust me. I appreciate that."

Supporters of Domino's have been encouraged to buy pizza and send the company a thank you note.

Opponents of crating might send their own letters to Denny's, or head to the farmers market and buy meat from suppliers they know and trust.