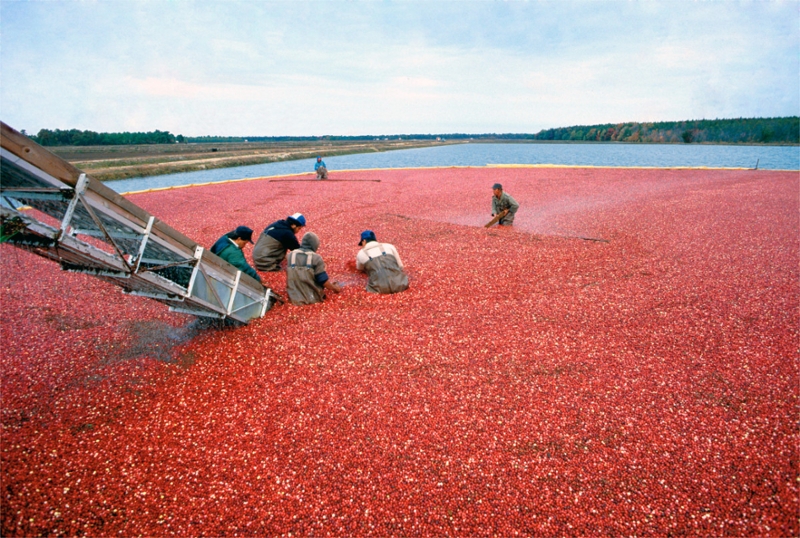 USDA data indicates that the price of cranberries has plummeted 57 percent over the last ten years, from about $58 per barrel in 2008 to $25 in 2018. (USDA/Keith Weller/flickr)

Cranberry farmers in Massachusetts are looking for alternative ways to stay afloat amid hard times, and many are looking skyward for solutions.

Panels have to be constructed at least eight feet off the ground and  the land underneath needs to stay productive and open for harvesting.

Many farms that want to switch to dual-use would have some serious conversion to do.

Bogs with solar panels must be harvested dry, using a machine rather than by floating the berries on water.

Cranberry prices have dropped nearly 30 percent since 2017 due to a glut in supply and shrinking demand, with prices falling to the lowest level in about two decades, according to U.S. Department of Agriculture data.

Some farmers report they haven’t turned a profit over the last five years.

Sales of cranberry juice have plummeted, while other growing regions have developed. Quebec has doubled its crop production over the last two decades.

The USDA allowed the cranberry industry to dump millions of pounds of fruit in 2017 and 2018 to stabilize prices.

Trade conflicts with Europe and China have made matters worse, since the cranberry industry exports nearly a third of its crop, a trade organization told The Associated Press.​

Farmers making the change to solar are hopeful that the extra shade of panels could boost their crops, though there isn’t enough data yet to see if it would help or hinder production.