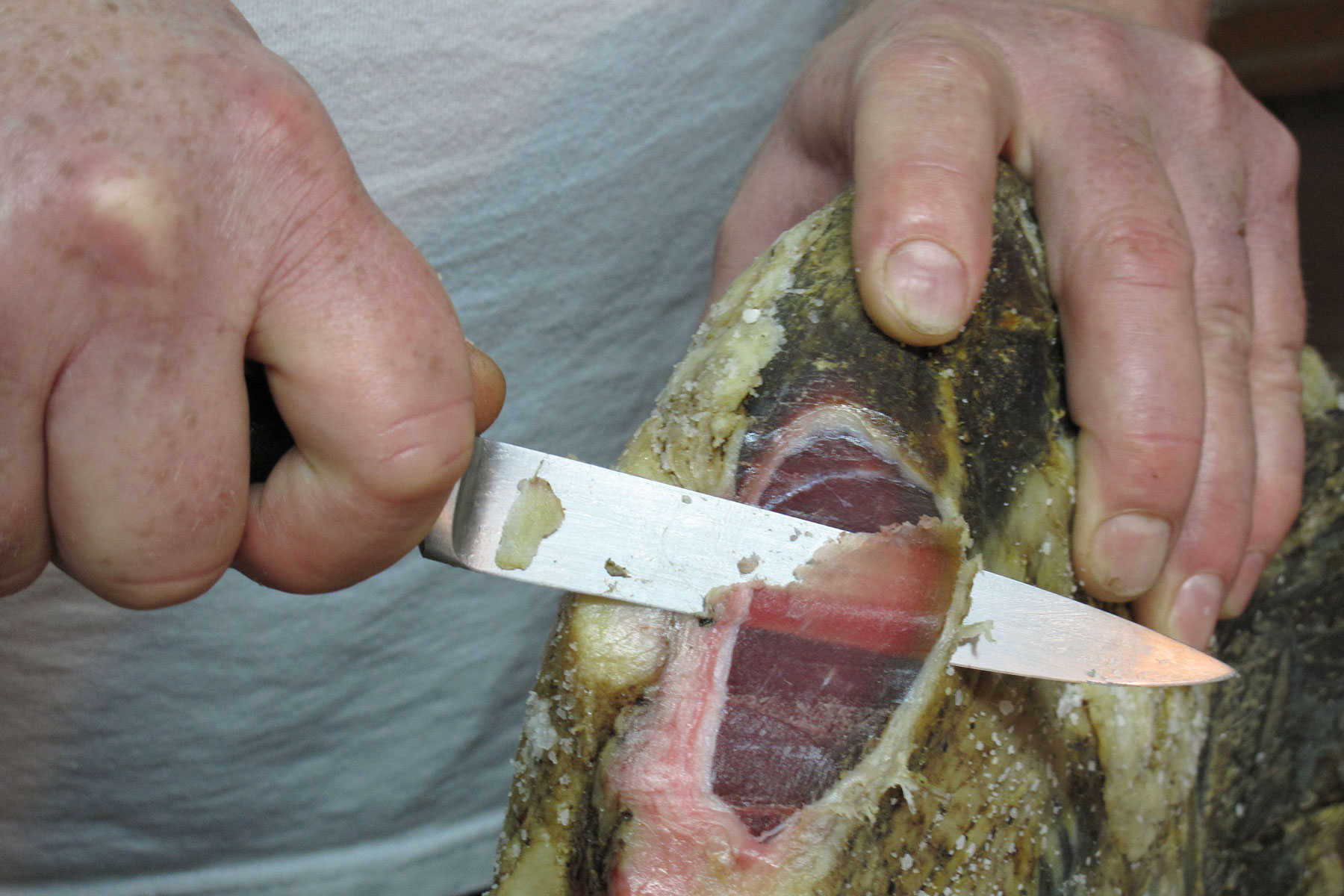 We got one of Jim Fiedler's pigs from Fiedler Farms and we cured ham out of it. Over the past four months, it's been coated with salt and rinsed several times with vinegar and stored in the root cellar. I'm now pulling back the cheese cloth for the first time. You can smell the richness.

Back in the day, farmers would slaughter their hogs in fall or early winter when it was cool out. They wouldn't do it in the hot summer because there would be flies and bacteria.

A few months later, come summer, the meat was perfectly cured with the salt, so there was no worry of it going bad. When it was eaten around the holiday season, the meat would be about a year old.

"It's almost like a prosciutto," says Chef Jim Gregory, a friend of mine who lives in Columbus, Indiana. We agree that it has a wonderful aged, smoky, funky flavor.

Chef Gregory suggests we pair a slice of the country ham with a Mission fig. The saltiness of the meat combined with the sweetness of the fig is a match made in heaven.