Corn: A Soup And A Sauce For The Final Few Ears 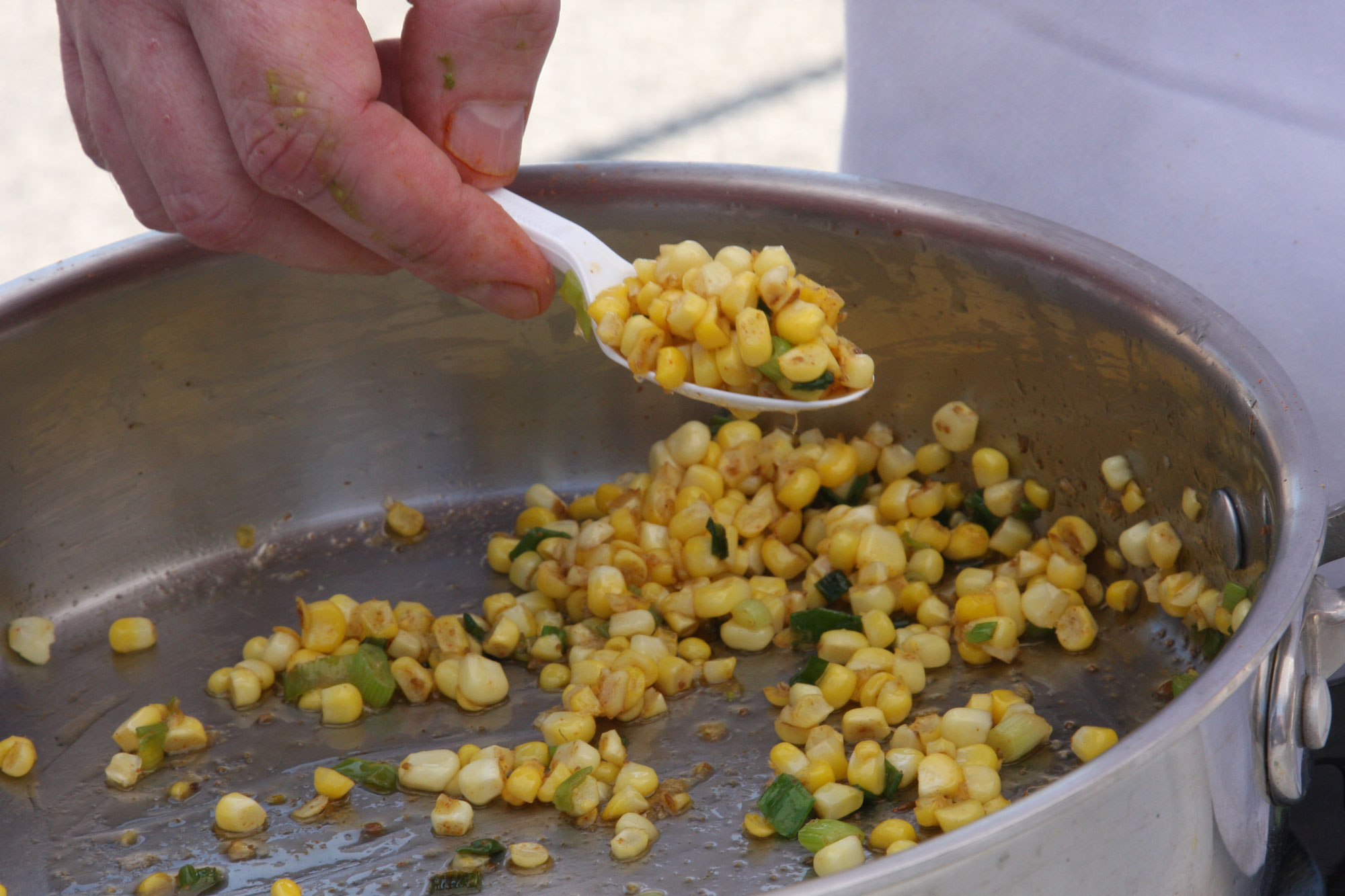 Sure, we may be reaching the very end of corn season, but we absolutely had to do a corn-themed show before winter set in. The two recipes today are best when served with fresh corn, but really you can use them in other ways and in other dishes throughout the year.

Ears For The Eyes

Soon you may see another color of corn on the tables at your local farmers market. Researchers at Purdue University are working with orange corn to build up vitamin A levels and hopefully fight childhood blindness in Africa.

Torbert Rocheford, Professor of Agronomy at Purdue, led the study. He says in parts of Africa people will eat three meals a day that come from ground corn." In the last 30-40 years, our diets have become less diverse in parts of the world â€“ they eat more cereals."

These researchers are breeding natural variations of corn for enhanced nutrients, something the Aztec and Maya Indians had been doing for millennia. "And that's a big big part of my research, because in Africa there's no country that has the bio-safety regulatory approval process to let GMOs [Genetically Modified Organisms]Â come in."

But what about the taste? Though there has been no formal taste test, Rocheford says he likes the taste better than yellow corn. "What we're excited about is if young children in Africa grow up eating orange corn and the flavor is better or distinct, then they get used to that and that's what they want to eat."

If you're buying up the last few ears of fresh corn at market, consider preserving them to enjoy into December and January. I spoke with our resident preservation expert Amy Jeanroy to get some suggestions. Her recipe couldn't be simpler: cut fresh corn off the cob, mix it with water, sugar, and salt, and bag it up. "It's just a good beginning recipe to start putting things away. Not so daunting as some people think canning can be."

She uses this corn in a variety of ways in her cooking over the winter months: corn chowder, fish chowder, potato chowder, and any other kind of cream-based soup.

Here's a perfect example of how to use the preserved corn: Corn and Avocado Chowder. The man in front of the stove today is David Wade, the owner and manager of Inner Chef in Bloomington, Indiana.

The way we are serving this dish, corn serves as a sort of garnish. "If you wanted to," Wade suggests, "you could reverse this and make more of a broth/soup with corn and add a little bit of the avocado cream as the garnish instead."

Chef Bob Adkins is manning the grill for our second recipe. He'll be making a Mexican creme that is tasty enough to spoon over just about anything. "It's a good all-purpose sauce," he says. "This would be great on any number of vegetables or on fish or poultry."

But this sauce is a great way to re-imagine the traditional corn on the cob.