Corn Chowder To Eat Now And Freeze For Later 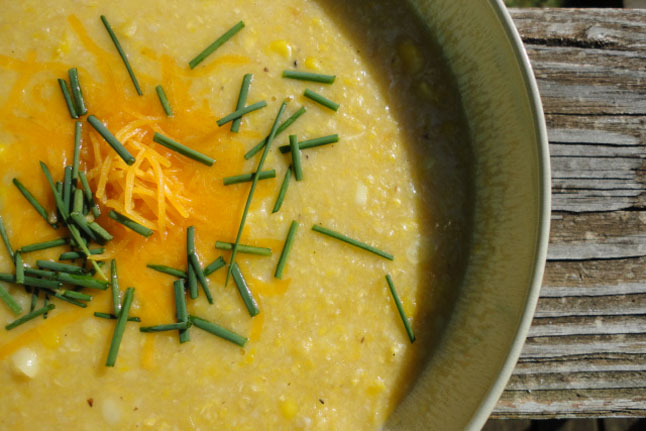 Corn is a little bit like zucchini in that if you are growing it and you have it 'coming out your ears' you may run out of ways to cook it. I know that a few times over the summer we bring in a huge haul of ears to shuck, eat right away, and freeze for later.

One of our family favorites has always been corn chowder. I love corn chowder because it is so versatile and hearty. Add meat, lumped lobster or crab, blue cheese or feta, or diced fresh veggies on top. What I don't like about chowder is that it can really pack a caloric and fatty punch.

Last summer I decided to make my usual recipe except this time leaving out of the milk/cream, most of the flour and almost all of the butter. What I got was a rich chowder that gets its body from pureed corn. The base of this soup has an intense corn flavor that I got from using what most would throw out: the boiling water and the cobs.