New Cookbook Encourages You To Play With Your Food 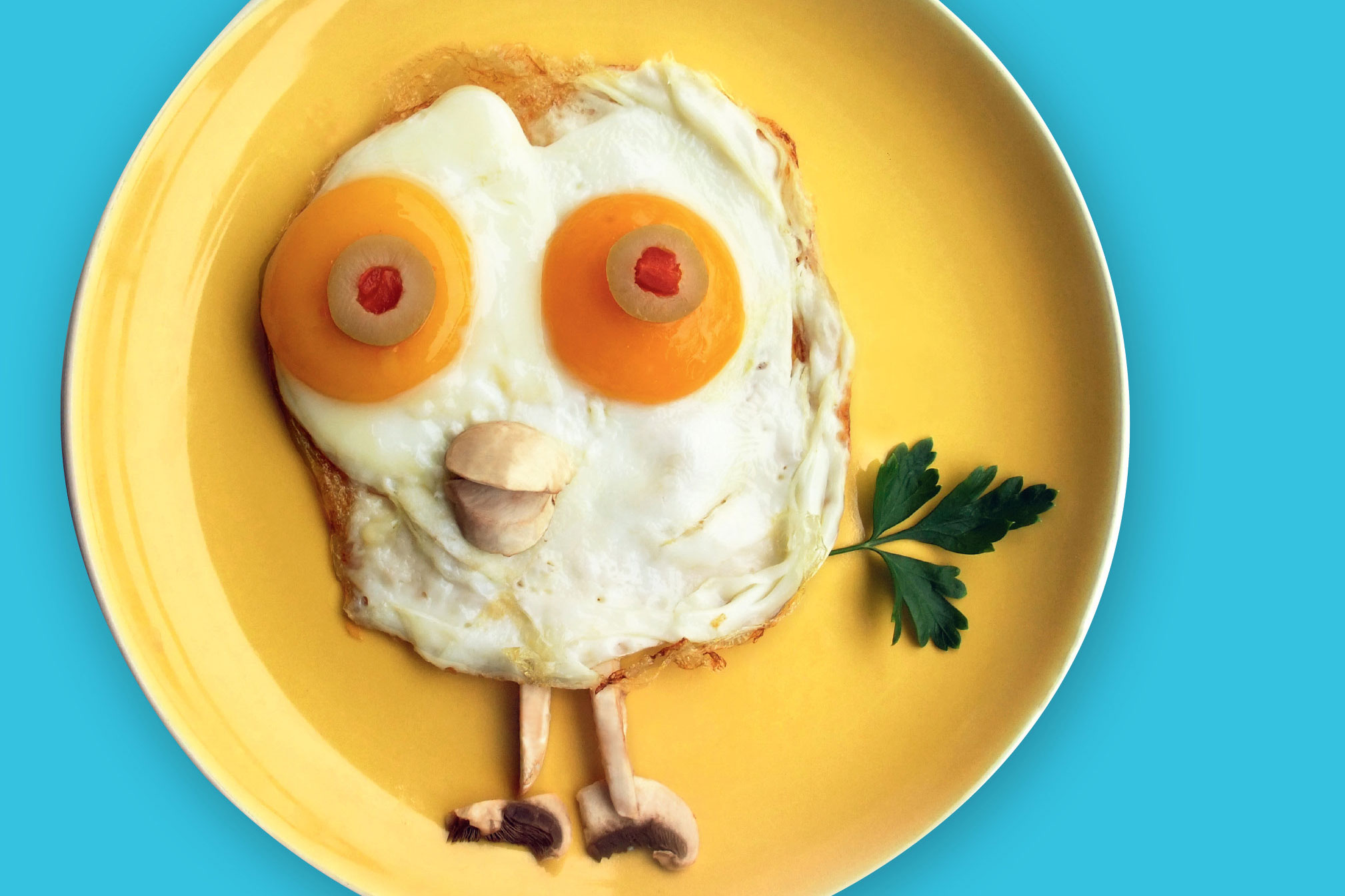 Bill Wurtzel didn't play with his food as a kid, but he has certainly picked up the habit in his old age. “I don't plan, I just improvise,” says Bill, a jazz guitarist. “It's something that comes naturally to me.”

Along with his wife Claire, who is the recipient of his delightfully tasty creations, their new cookbook Funny Food shows how much fun breakfast can be with a little creativity, a couple extra minutes and a childlike sense of humor.

Using traditional breakfast foods as his tools, he creates silly faces, goofy animals and elaborate landscapes for his wife to enjoy. “This morning I had the most incredible scrambled egg that was a little chick,” says Claire. Other creations include a grapefruit monkey, a bowl of oatmeal with blackberry sunglasses and a beach-scape made with seasonal Indiana ingredients.

This is not your typical cookbook with an ingredient list followed by instructions. A series of beautiful photographs taken by Bill shows the step-by-step process of assembling the characters, making the book just as appropriate for a coffee table as a kitchen shelf. “I would say it is a look-book,” says Claire. “You know, look at the food and let it inspire you to do your own rather than copying it.”

They are sharing the joy of playing with food to children in the New York City area -- and sneaking in nutrition lessons at the same time. In their workshops, they provide ingredients purchased from neighborhood stores so families can recreate the funny food dishes at home.

Bill says having fun with food encourages kids to try things they might not have eaten under other circumstances, “and if kids are a little shy about doing artwork, it's very free because I remind them that they're going to eat it in a few minutes.”

“Kids have come up with all kinds of things that you wouldn't expect,” says Claire. “It is just plain fun.”