Composting 101: Tips And Tricks For Creating A Healthy Heap 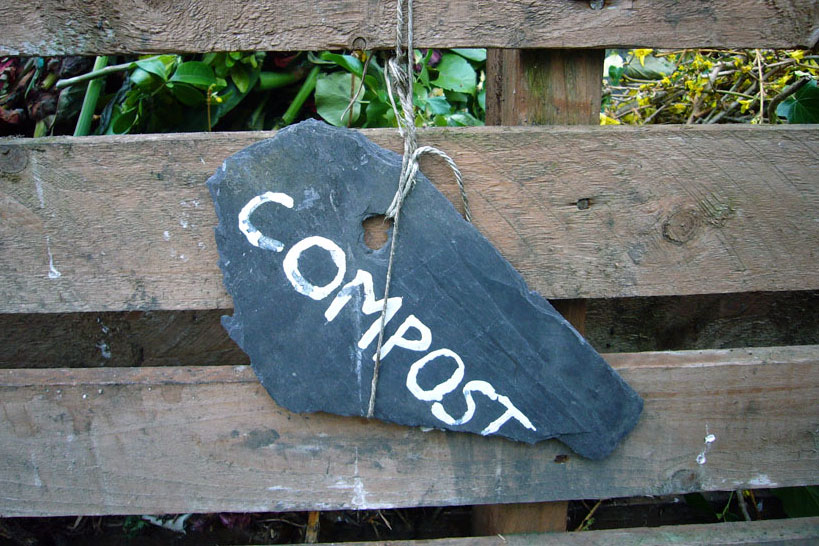 "It's kind of like cooking," says Michael Simmons, teacher of Bloomington Parks & Recreation's Master Composter class. "Some people use a very careful adherence to a recipe and others do it more by intuition."

Along with composting student Stephen Hale, he offers good advice for composters of all experience levels, from people who are just getting started to gardeners who want to improve the quality of the soil amendment the compost produces.

There are four basic points to keep in mind when building compost:

Through his participation in the Master Composter class, Hale realized a fatal flaw of his backyard composting: he was depositing almost entirely food scraps without balancing out the pile with a carbon source. He found an immediate solution in his recycling bin.

"We always just took our newspapers to the recycling," he says. "But now we're recycling them in our own backyard to make a soil amendment instead of taking them to the city recycling."

Knowing what not to compost is just as important:

The temperature of the compost pile dictates when it needs to be turned.

The optimal operating temperature is 135-160 degrees Fahrenheit. Measure that with a compost thermometer, which is simply a dial thermometer with a long shank that can be thrust into the center of the pile. When the temperature begins to fall, turn the heap. The reintroduction of oxygen will cause it to reheat.

If you're patient, almost anything organic will break down eventually, but some items take much longer than others, like corn cobs and avocado pits. When Hale conducted a compost bin autopsy as part of the class, he noticed, "Those looked just the same as the day we put them in even though they were 6 months old."

Egg shells also take quite a while to decompose. The more finely the shells are crushed, the more quickly they break down. If there are eggshell fragments in the compost when it is applied to the soil, they will continue to slowly release calcium as they break down.

You can add a little spice to your heap in the form of hot peppers. Some composters believe this discourages flies.

How do you know when the compost ready to be applied to a garden?

Try planting bean seeds in it. If the beans seeds sprout and grow, that usually means the compost is ready to use.

Generally speaking, bad smells come from compost when something has gone wrong. Most likely the pile is starved for oxygen and parts of it have become anaerobic. Hale had firsthand experience with this when he conducted his heap autopsy.

"We had an anaerobic basketball-sized lump of material that was matted together, very wet, no air circulating through it," he says. "I think they could smell it in Martinsville when I opened it up." By stirring it regularly and making sure the moisture content is not too high, his pile is now smell-free.

Another technique to cut odor is to be sure that all food waste is covered by a layer of brown, carbon-rich materials.

The same goes for vermicomposting: there should be no odor. Often smell comes when the worms are over-fed and uneaten food begins to mold or decompose on its own.

When a worm box is initially started, it will take a while for the red wigglers to acclimate to their new living arrangements and to begin to digest the food. As they reproduce, they will be able to handle larger and larger quantities.

If the compost does start to smell, stop feeding the worms for a week or two to allow them to catch up.

We sent out a call to our Twitter followers: What have you always wanted to know about composting but didn't know who to ask? Michael Simmons and Stephen Hale have the answers.

And, just because you don't have a backyard doesn't mean you can't compost. We collected some of our favorite portable compost bin ideas for you to try in your house. All it takes is a little creativity, a few free hours and some power tools.