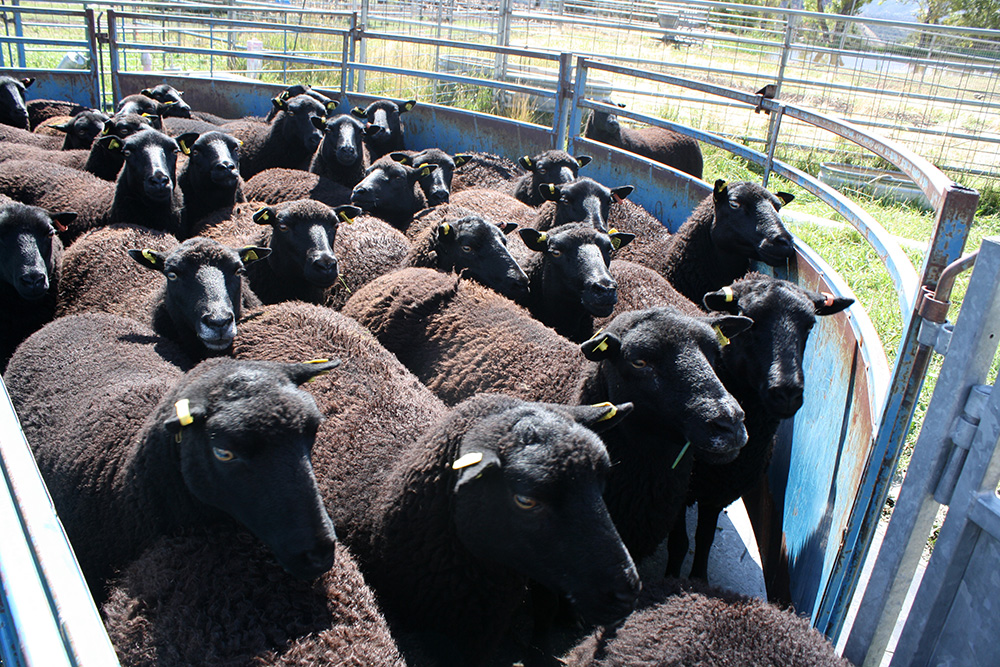 Federal researchers are on a mission to back up the genetic material of the plants and animals that the nation's food supply depends on. A pair of ranchers in the hills of western Colorado are joining in and are trying to ensure the future of the rare Black Welsh Mountain sheep.

Unlike the millions of white sheep found across the country, Black Welsh Mountain sheep are small, completely black and hail originally from the United Kingdom. There are fewer than 10,000 worldwide.

At Desert Weyr, a 40-acre sheep farm outside of Paonia, Colo., Oogie McGuire and her husband raise a flock of about 200. McGuire says the founding population for the breed in the U.S. was only 11 animals. That's why she's working with fellow producers across the country to try and preserve the genetic diversity of the sheep's North American population.

"We've become the central place," McGuire said. "So we are trying to get rams in of all these blood lines to make sure that we got them here so they can store them in the gene bank."

McGuire sends and receives sheep from across the U.S., one way to ensure that her flock and others are getting new blood. At this point, the small sheep are extremely rare.

"There are about 1,500 in North America," McGuire said. "We have a small population up in Canada and a slightly larger population down here in the U.S."

The flock at Desert Weyr also serve as a research flock for the U.S. Department of Agriculture. For the past decade, USDA researchers from the National Animal Germplasm Program have been traveling to the McGuire farm to collect genetic materials from the sheep.

Scott Spiller, a scientist with the Colorado-based program, says it is designed to collect and store reproductive material like semen, embryos, tissue, and blood.

"Our [program] started in 1999," Spiller said. "We were mandated by Congress to start to back up the nation's animal, food and fiber genetic resources."

The researchers from the program freeze the genetic material they collect from sheep and other livestock and store it in a gene repository.

After touring the repository during a livestock conference, the McGuires quickly volunteered their flock for the program.

"They were very progressive in terms of breeding," said Dr. Phil Purdy, an animal physiologist with the germplasm program. "They said ‘Hey we...want to be able to back up the Black Welsh Mountain sheep genetics in the repository so that if it is ever needed in the future in the United States it's available.'"

The repository is meant to act as a gene bank in the event of a disaster, like a disease outbreak, but the genetic material is also public domain. Producers and researchers can request samples for study or to increase the genetic diversity of their animals.

The gene bank allows producers like the McGuires to think long-term and toward a future that includes rare breeds.