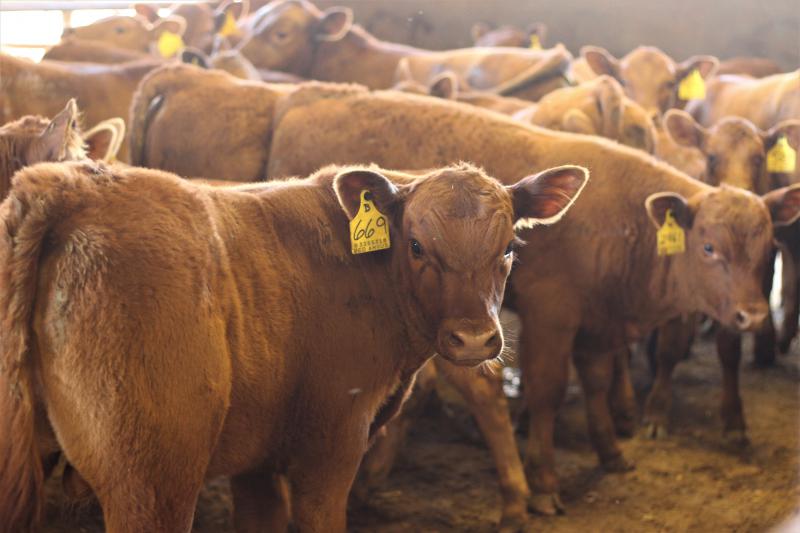 A changing climate has major implications for farmers and ranchers across the U.S., according to a federal report.

Here's a select breakdown of the agriculture section of the fourth National Climate Assessment, which was released last week.

Summer days in the Midwest and Plains states used to be followed by cool nights; a respite for the region's cattle, which become stressed under extended periods of hot weather.

Today, summer nights are more humid and temperatures don't drop like they used to, instead hovering around 70 degrees, said Dennis Todey with the U.S. Department of Agriculture's Midwestern Climate Hub.

He helped author the report, which called attention to not only higher temperatures, but also more extreme precipitation and the possibility that dairies and feedlots will need to move out of the southern Plains.

According to the report, U.S. farms contribute $136.7 billion to the economy (0.76 percent) of gross domestic product, and about half of that comes from livestock production.

But as recently as 2011 and 2013, heat waves in the Midwest killed thousands of cattle. Todey said ranchers and feedlot owners will have to experiment with how best to adapt to the weather extremes, considering heat stress causes animals to eat less.

"The economics don't work out as well because you're having to keep cattle for a longer period of time to try to get them to gain weight before you can market them," he said.

Challenging weather conditions are nothing new for cattle producers, who work almost exclusively outdoors. Rick Stowell, an agricultural engineer with the University of Nebraska, carried out a focus group for cattle industry stakeholders on the impacts of climate change.

He said producers are already dealing with the impacts and are committed to finding solutions.

"Most of them will say that they're seeing warmer conditions, drier conditions and then wetter conditions. So they have to be prepared for whatever comes their way," he said.

Other potential solutions for livestock producers include moving production north to states where temperatures will be more moderate or selecting cattle breeds better suited to hot conditions.

A mixture of early spring rain and late season heat won't be kind to farmers, according to Illinois State Climatologist Jim Angel, the lead author on the report's Midwest section.

"One of the ways to adapt to a hotter climate is to plant earlier to beat the heat, but if it's wetter in the spring, it prevents you from doing that," he said, noting that corn yields could be especially affected because they're more sensitive to late summer heat.

Angel added that the "corn belt" (prime corn weather) is already moving north into North Dakota and Canada. As that shifts, Angel said, weeds and pests may settle in the Midwest.

"The pests can overwinter like Japanese beetles, so then you have more of them in the spring. But also, with a longer growing season, you also have more life cycles of many of these pests. They can produce more times so you get longer headaches," he said.

The report offered many ways for farmers to combat climate change challenges, including using cover crops to protect soil from heavy rains and using genetically modified seeds to withstand the changing temperatures. However, it noted that privately funded research into genetics won't be enough, citing a 2015 Economic Research Service report.

"Private firms may find it difficult to market and profit from the largely social benefits of genetic resource collection, conservation, and prebreeding activities," the ERS report stated. "With insufficient private-sector incentives, the public sector is left to play a major role in optimal development of genetic traits to aid climate-change adaptation."

While there is no current way of handling challenges posed by both increasing rainfall and heat, the report said, it suggested that states adopt better ag weather networks.

"You can never have too many weather stations because a lot of times the weather is very local," Angel said. "If you had avery robust, very dense network, you would have a lot more detail on what's going on out there and make better decisions on irrigation and what to plant and when to plant it."