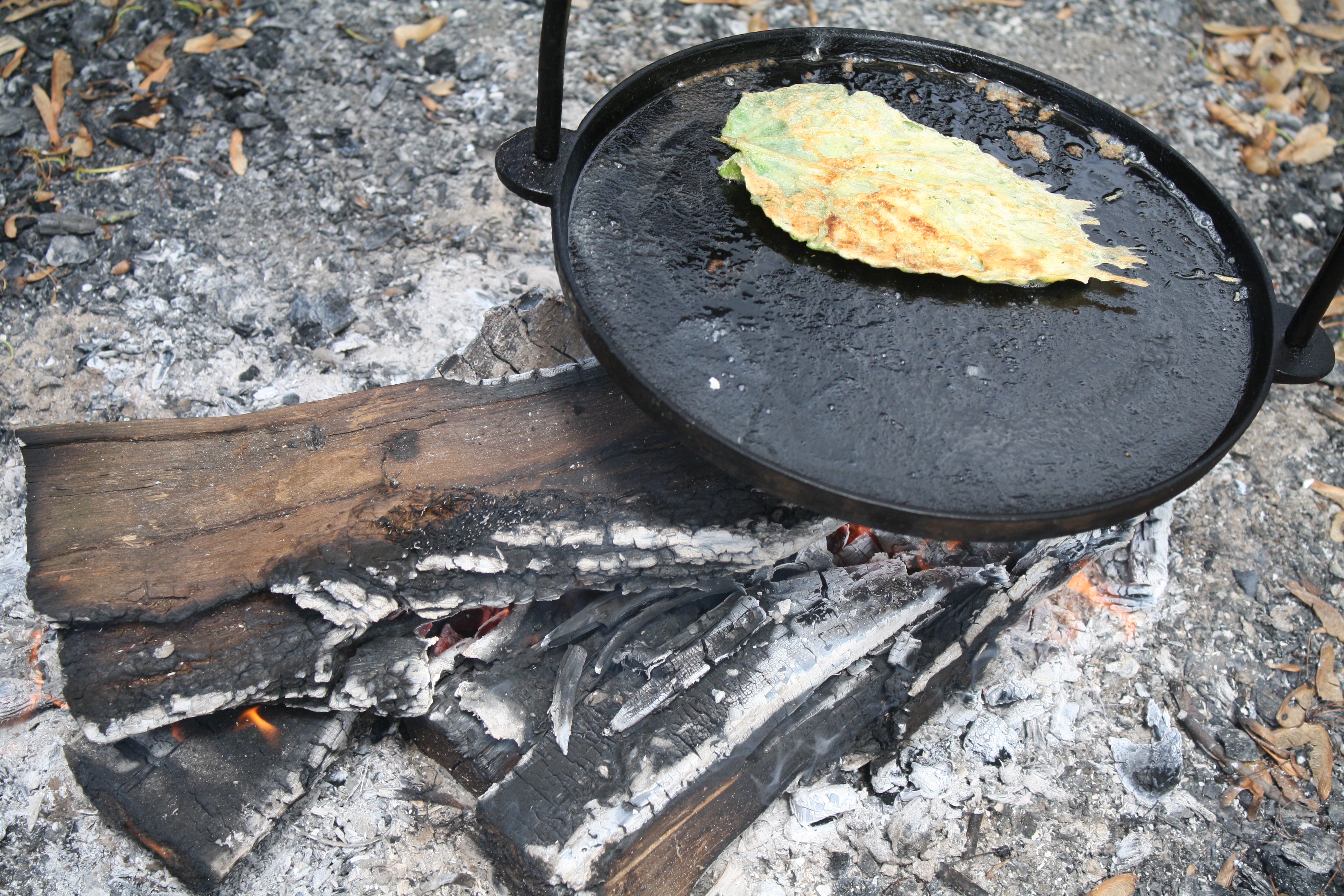 After long, harsh winters, early American colonists were voracious for fresh greens. Europeans brought many herbs and vegetables with them across the water, including clary sage, a garden staple that provided a welcome burst of early spring flavor. The biennial herb originated in the north Mediterranean, and was also known as "clear-eye," because its slimy seeds were used for removing dust from the eyes.

Colonists in New York grew winter wheat, which was harvested in early summer and later ground into flour and shipped down the Hudson river, when waterways were clear of ice. At Philipsburg Manor, 23 African slaves carried outÂ all of the cooking, dairy, grain threshing andÂ milling operations that produced up to 15 tons of flour per week.

The menu and cooking methods were all adapted to match ever-changing weather and seasonal conditions of farm work.

"It all revolves around the demands of the growing season," said Kathy Browing, a volunteer and colonial cooking expert who demonstrated how to make the fritters on a griddle over an open fire. "If your wheat crop is ready to harvest, everybody's in the barn from dawn to dark, you're only going to stop for a few minutes and then go right back to work."