Cities Cope With Ag Runoff, Create Their Own Pollution, Too 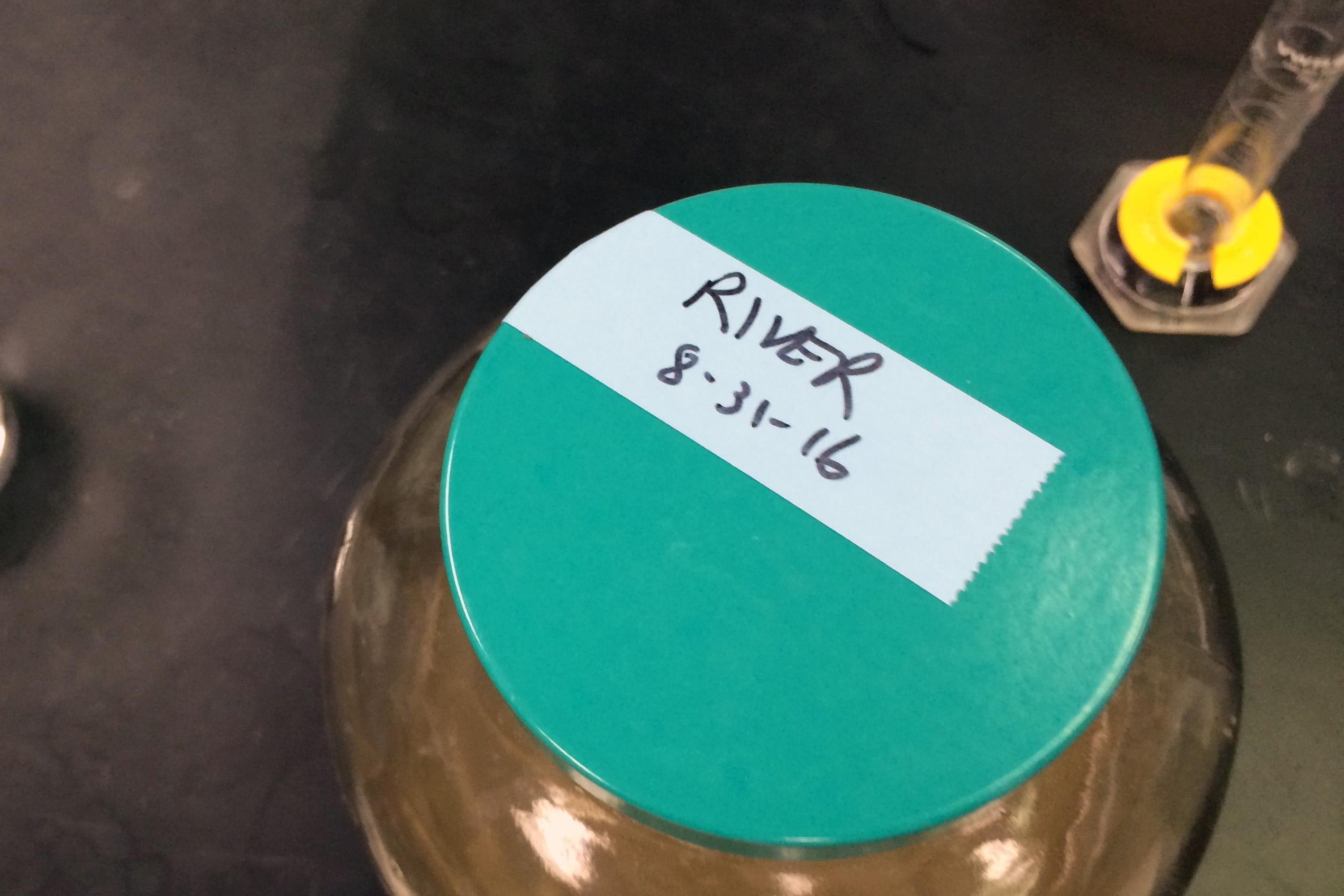 Standing on a platform above the eastern bank of the Missouri River at the Kansas City, Missouri, Water Services’ intake plant is like being on the deck of a large ship.

Electric turbines create a vibration along the blue railing, where David Greene, laboratory manager for Kansas City Water Services, looks out across the river. Water the color of chocolate milk is sucked up and forced through screens below, picking up all the debris the river carries downstream.

“The muddy Mo,” Greene says. “The Missouri River drains one-sixth of the United States, so there’s a lot of stuff that can affect the water quality in the river.”

Enough water to supply Kansas City with drinking water for a day flows by this point every 17 minutes, Greene says, and it’s his job to make sure that enormous volume of water is clean. The most frequently detected contaminant is bacteria from sewage dumped in upstream, he says.

But there’s also the annual problem of atrazine, the No. 2 most-used weed killer that’s among the most common contaminants in U.S. waters. It’s used mostly on corn fields, sorghum and sugarcane, according to the Environmental Protection Agency.

We have streets, driveways, buildings, so all that when it rains and all of that runoff carries a variety of pollutants and it carries sediment – it can carry chemicals, pesticides, oil, just a variety of constituents that end up in the streams.

“We actually test it every day during runoff season in the spring,” Greene says, “because we know that the atrazine is coming, so we measure it more frequently.”

Cities forced to clean up polluted runoff from farms upstream are growing more vocal about the problem. In Iowa, the Des Moines Water Works, claiming it spent $1.5 million last year on removing nitrates from the water, has filed a federal lawsuit against three county drainage districts upstream, seeking to place more regulations on farmers through the Clean Water Act. In Toledo, Ohio, residents were banned from drinking tap water two years ago because crop runoff created a toxic algae bloom in Lake Erie, the city’s source for drinking water.

As more utilities face these problems, they are seeking new ways to not just clean the water but to prevent it from being polluted in the first place. Tracy Mehan, executive director of government affairs for the American Water Works Association, said the group is embarking on a “new frontier,” seeking partnerships with farmers and others to collaborate on source water protection.

“We’re starting to identify individual utilities willing to go out and get to know their ag producers, get to know the state conservationists in the USDA organizations state-by-state,” he says, “and begin to see if we can, you know, get in the queue.”

That means the partnerships will seek federal conservation money from the U.S. Department of Agriculture and may try to get funds when the Farm Bill is reauthorized in 2018, Mehan says.

Yet, Greene says he’s seeing less atrazine in the water than in the past – about 25 percent less over the course of the last two decades. He credits better management practices by farmers.

“We test for a couple hundred of these synthetic organic compounds, and pesticides are maybe 100 of them. Most of those you never detect, although you test for them just in case,” he says. “Mainly atrazine has ever showed up.”

While agriculture gets most of the blame for the pollution of our waterways, cities and suburbs play a part, too. The problems are varied, but pesticide use is high, with weedkillers 2, 4D and glyphosate, marketed as RoundUp, the two most popular sellers, according to the EPA.

A stunning 90 percent of U.S. urban streams contained concentrations of pesticides that could hurt aquatic life in a study by the U.S. Geological Survey. But most of that, the study said, was due to insecticides, chemicals we use to keep bugs out of our homes, off our pets and away from our yards.

“I think it’s a general rule that what you find in the environment is frequently a reflection of what you use,” said Barbara Mahler, a USGS research hydrologist.

Urban water pollution is an enormous issue, so it’s hard to pinpoint a bad guy, she says, but there are clear-cut examples.

“We have streets, driveways, buildings, so all that when it rains and all of that runoff carries a variety of pollutants and it carries sediment – it can carry chemicals, pesticides, oil, just a variety of constituents that end up in the streams,” she says

Just how critical are storm systems? In 2010, Kansas City settled a lawsuit brought by the U.S Justice Department for violations of the Clean Water Act. In addition to a $600,000 fine, the city promised to spend $2.5 billion over the next 25 years to reduce pollution levels in urban storm water and build "green infrastructure," such as rain gardens and permeable pavement.

This report is part of “Watching Our Water,” a special series from Harvest Public Media. Click here to see more.