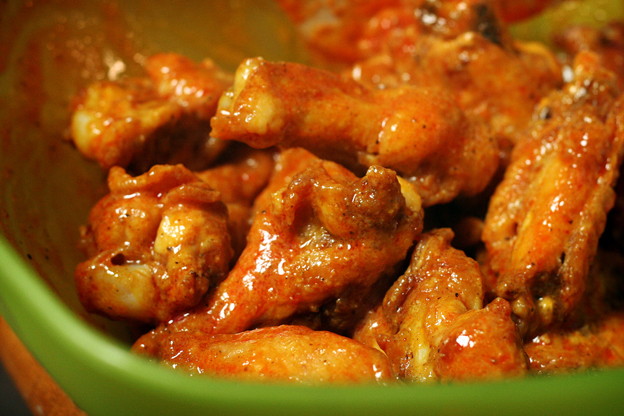 Whether you're a football fan or not, chances are you're celebrating the Super Bowl with some food.

The Indianapolis Star reports that the Super Bowl is the second-largest food day of the year for Americans -- and they make it count.

The Humble Chicken Wing... Just Don't Look At The Price

Chicken wing consumption goes up in late January and early February -- and so do the prices. The price of chicken wings is up 39 percent from last year, nearing an all-time high.

Keep Your Heart In The Game

Of course, deep-fried chicken wings soaked in butter is not the healthiest snack option.

The Physicians Committee for Responsible Medicine warns sports fans to take it easy on the high-fat foods. Yes, it may be only one day, but even one day counts towards health.

Sports fans are more likely to have a heart attack during the Super Bowl anyway, and adding high-fat, blood pressure-rising foods to that is a recipe for disaster.