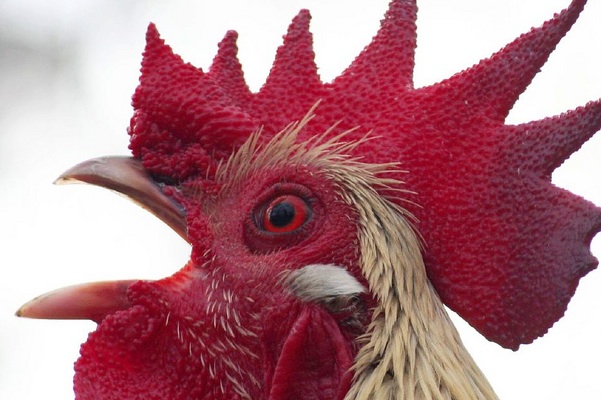 A sign in the farm supply store says chicks will be arriving this week!

What could be cuter than a bunch of cheeping fluff balls running around? They're really pretty irresistible.

But if hearsay about raising poultry has dissuaded you from bringing home a few of these little bundles of joy in years past, read on. This myth-busting post will change the way you think about chickens. Â

Myth #1: You Need A Rooster For Your Hens To Have Eggs

This one is totally wrong -- hens produce eggs whether a male is around or not. In fact, most hens will lay better without a rooster around to bother them all the time!

Really the only time you need a rooster is when you want to increase your brood by hatching chicks of your own.

This one is often peddled by people opposed to allowing chickens inside city limits. But predators and scavengers like raccoons, coyotes and hawks are just as interested in mice, squirrels, rabbits and garbage as they are in chickens.

If you lock your birds up at night and take care to store their feed in a secure container, hungry animals will look elsewhere.

I know this will disappoint many brown-egg aficionados, but the only difference between a brown, a white or even a blue egg is shell color.

The way a particular egg tastes is actually tied to what the hen that laid it was eating. A diet rich in greens, bugs and other nutritious morsels is what is going to make your omelets more flavorful.

Myth #4: Chickens Are Noisy And Smelly

Actually this is two myths combined. People just tend to lump them together.

Let's start with the noise. Though roosters can make quite a racket at certain times of the day, hens are generally pretty quiet, mostly just clucking softly.

A hen might yodel a bit after she's laid an egg, but heck, wouldn't you? My dogs are much louder than my chickens for sure.

What about smelly?Â Any animal's waste, if not cleaned up regularly, isn't going to smell good. But having four to six hens in your backyard isn't going to be any worse than if you had some other pet.

If you maintain your coop and keep it dry, you won't have problems. (The pine shavings I put down after cleaning sessions even smell kind of nice.)

As you can see, there is a lot of misinformation out there about chickens. They've gotten a bad rap for some reason -- but now you know better.

Then what are you waiting for? Head down to your nearest farm supply store and say hello to those cheeping fluff balls.