Our History Is In The Cheese 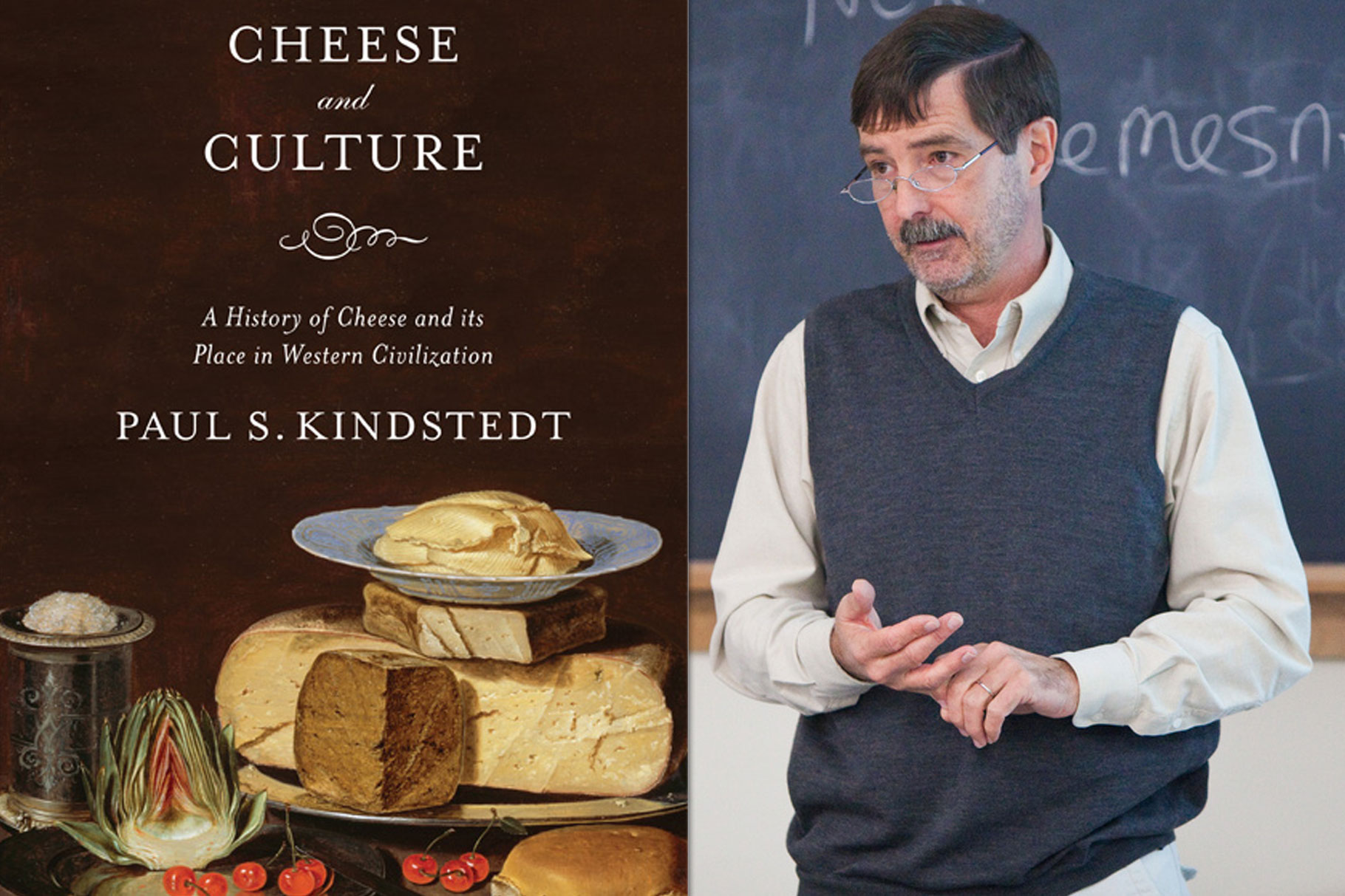 There's more to cheese than soft, hard, cheddar and blue. In his new book Cheese and Culture: A History of Cheese and its place in Western Civilization, Paul Kindstedt tells the story of human civilization by way of cheese making.

Let's Start From The Very Beginning

"Cheese is this great story because it has a finite beginning," says Kindstedt, who is also the co-director of the Vermont Institute for Artisan Cheese. His book starts with the first cheeses in the Middle East and then follows the development as it moves from that epicenter in lots of different directions.

Back in the day -- we're talking 7000 B.C. --  cheese making first becomes a strategy for survival. Kindstedt says most adults were lactose intolerant until 5500 B.C., so it was "an enormous competitive advantage for the Neolithic peoples to be able to access that nutrition."

Cheese didn't have any history at all in the Americas until the Puritans came to town.

Coming largely from areas in England that were heavy cheese making regions in the late 1600s, the Puritans were the beneficiaries of centuries of refinement of hard English cheese technology. They almost immediately set up cheese making operations in the New World, says Kindstedt, and then developed export markets, particularly in the West Indies.

They build a cheese making industry in New England and get into the rum trade, the molasses trade and slave trade, and for 150 years become very wealthy off that so-called triangular trade of which cheese and butter are feeding into all the while.

After the Revolutionary War, it was the New England cheese makers who moved into New York, the Midwest and eventually Wisconsin that then developed the large scale factory cheese making system.

Artisans To The Rescue

Fast-forward several centuries and the world of cheese in the United States looks very different thanks to the many artisan cheese makers across the country.

In the 1970s and 1980s, a generation of back-to-the-landers came to places like Vermont, parts of the west coast and a few spots in between and began to practice agriculture in a very different way. Farmstead cheese making fit into that philosophy and lifestyle.

The latest development, says Kindstedt, is that prosperous and successful Americans are changing careers in mid-life to buy an old farm somewhere and begin making cheese -- like southern Indiana's own Judy Schad of Capriole Farmstead Goat Cheeses.

What will be the next evolution in American cheese making?

More: Come back in a couple days to read what Paul Kindstedt thinks about raw milk cheese and food safety.