Changing Dairy Industry Leaves Some Farmers In The Dust 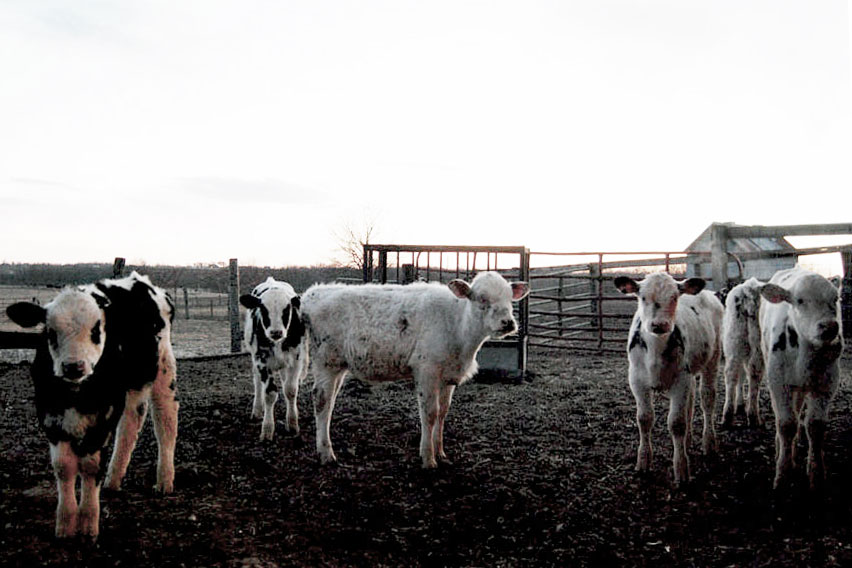 Donnie Davidson's family has been producing bottled milk in Holden, Mo., since the 1930s. But the 63-year-old farmer decided to sell his herd of 50 milking cows in November after the roof on one of his barns collapsed from last winter's snow.

Rebuilding the barn would have cost about $20,000. Then there were the costs of renovating a silo and paying for hired help since Davidson's children won't be taking over the business. It made financial sense to close the dairy, and grow crops and build a herd of beef cattle instead.

In the past decade, more than half the nation's dairy farms have gone out of business, according to U.S. Department of Agriculture data. About 2,500 dairies closed their doors in Missouri. Thousands more have shut down in Iowa, Kentucky, Illinois, Indiana, Nebraska and Colorado.

"It's just a sign of the times: You've got to get bigger to survive," Davidson said. "When I graduated from high school, the herds were smaller numbers and I varied very little from that. That might be the reason mine did not go on – because I didn't increase, I just tried to stay the same."

A decade ago, Harlan Borman's farm was one of the last dairies left in Kingdom City, Mo. Then he and his wife Judy stopped milking cows in 2006 because they were getting older and did not want to rely on outside labor to keep the dairy running. Borman says he remembers when more than 30 dairies dotted the landscape of Calloway County, where they still raise cattle and grow crops.

"About every other farm, every third farm, you'd see would be a dairy farm," Harlan Borman said.

It's just a sign of the times: You've got to get bigger to survive.

Even as the number of dairies dwindles, milk production is rising. Thanks to advances like robotic milking and selective breeding, the industry is more efficient than ever. Dairies are producing 20 percent more milk than they did just ten years ago. But ramping up production is costly and often out of reach for some small dairies.

"To compete on an international scale, you have to be a certain size to do that," said Bob Schoening, an agricultural economist with the USDA's Agricultural Marketing Service dairy program. "Obviously, if you have a big dairy farm where you can just back up a tractor trailer and fill it up and take it to a plant, that is going to be a lot more efficient, a lot less expensive to transport, than if you've got to go to 10 farms to get that amount of milk."

Consolidation in the dairy industry is a national trend. In other states where dairies have been disappearing – like in Kansas, Iowa and Colorado – milk production has increased because large operations have moved in. Not so in Missouri, where production has fallen by 38 percent since 2000.

"In Kansas, you've got a lot of wide open spaces with a lot of agricultural land available that a big dairy farmer can come in and accumulate that land to put his dairy farm on," Schoening said. "You really don't see that as much in Missouri. You don't have the population density out there. So you can put your dairy farm out there and, for the most part, you're not worrying about a lot of real close neighbors."

The challenges of running a sustainable dairy in a state with a shrinking number of dairy farmers are not lost on Tom Oelrichs, who milks about 100 Holsteins with his brother and nephew in Mora, Mo.

"It's difficult because we've lost our infrastructure, our equipment dealers, because there aren't the people, the dairies, left for them to earn a living," Oelrichs said.

Oelrichs remembers the time when there was a bottling plant located nearby in Pettis County. Now the closest one is 60 miles away. Though fluid milk is perishable, it can travel substantial distances. But dairy farmers like Oelrichs have to pay the increased fuel costs for trucks to transport that milk.

"Milk haulers have to drive longer distances to pick up that load of milk and deliver it to the bottling plant," Oelrichs said. "So it has increased our cost to do business because we've lost those other people."

Oelrichs says he and other dairy farmers in Missouri may have to pass these costs onto consumers. If the state continues to lose milk production, it could also be harder to find local milk, ice cream, cheese and butter at the grocery store.

Then there's the larger economic impact of losing a $2 billion dairy industry for the state of Missouri, while across the border, Kansas lures big dairies and processing plants to set up shop. That's why some states in the Midwest, including Kansas, Iowa and Colorado, offer incentives for home-grown dairies.

"We have got plenty of grass for grazing and we're close to corn and other forages, so Missouri's not a bad state to dairy in," said Oelrichs. "We need a few incentives to keep up with the other states that are offering those same incentives."

But it could be too little, too late. Economists predict the global demand for dairy products will break records this year. And that will put more pressure on dairy farms to grow even larger and get even more milk from their operations.