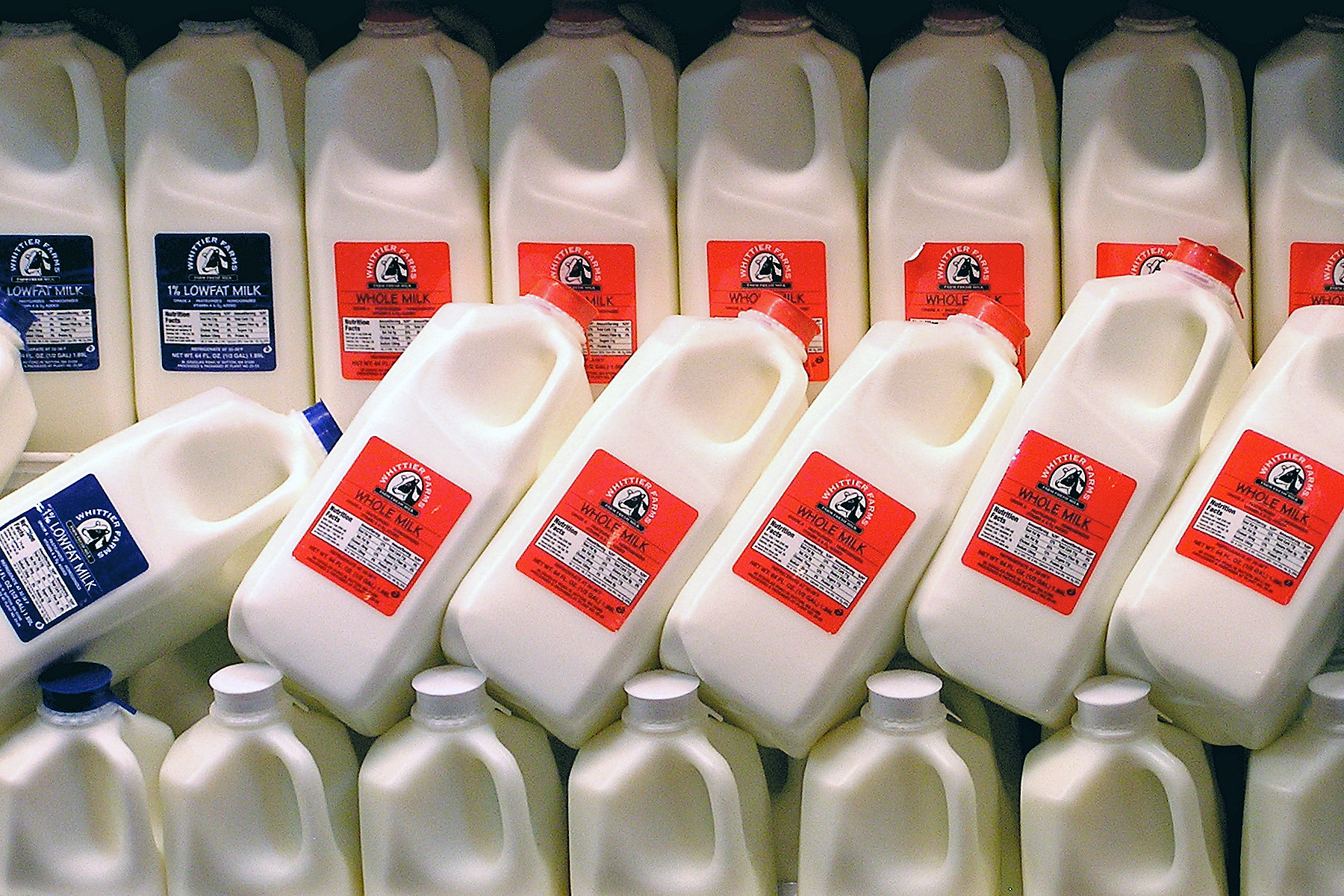 When roamingÂ the aisles ofÂ the grocery, it's easy to wonder if there's more plastic in the store than food.

USDA researchers have come up with a new wrapping that's edible and biodegradable, made from milk.

Well, not milk exactly, but casein, a protein found in milk.Â The researchers added glycerol, water and citrus pectin to casein powder to create the new product.

Turns out casein is better at protecting your food, too. It's almost 500 times as effective as plastic at preventing spoilage, because proteins like casein form a tighter network when polymerized. Because it's also less sensitive to light, casein is more effective than edible wrappers made from starch.

WhileÂ you could just peel off the casein wrapper and eat it, you probably won't have to. It will likely come in the form of a dissolving packet that actually adds protein to your meal. It may also appear in cereals as a sugar-free crunch preserver, or in pizza boxes as a lining alternative to now-banned perfluorinated chemicals.

The study's principal investigator, Laetitia Bonnaillie, told BloombergÂ it may be many years before USDA researchers make casein wrapping available, unless private companies try to findÂ their own applications for it.