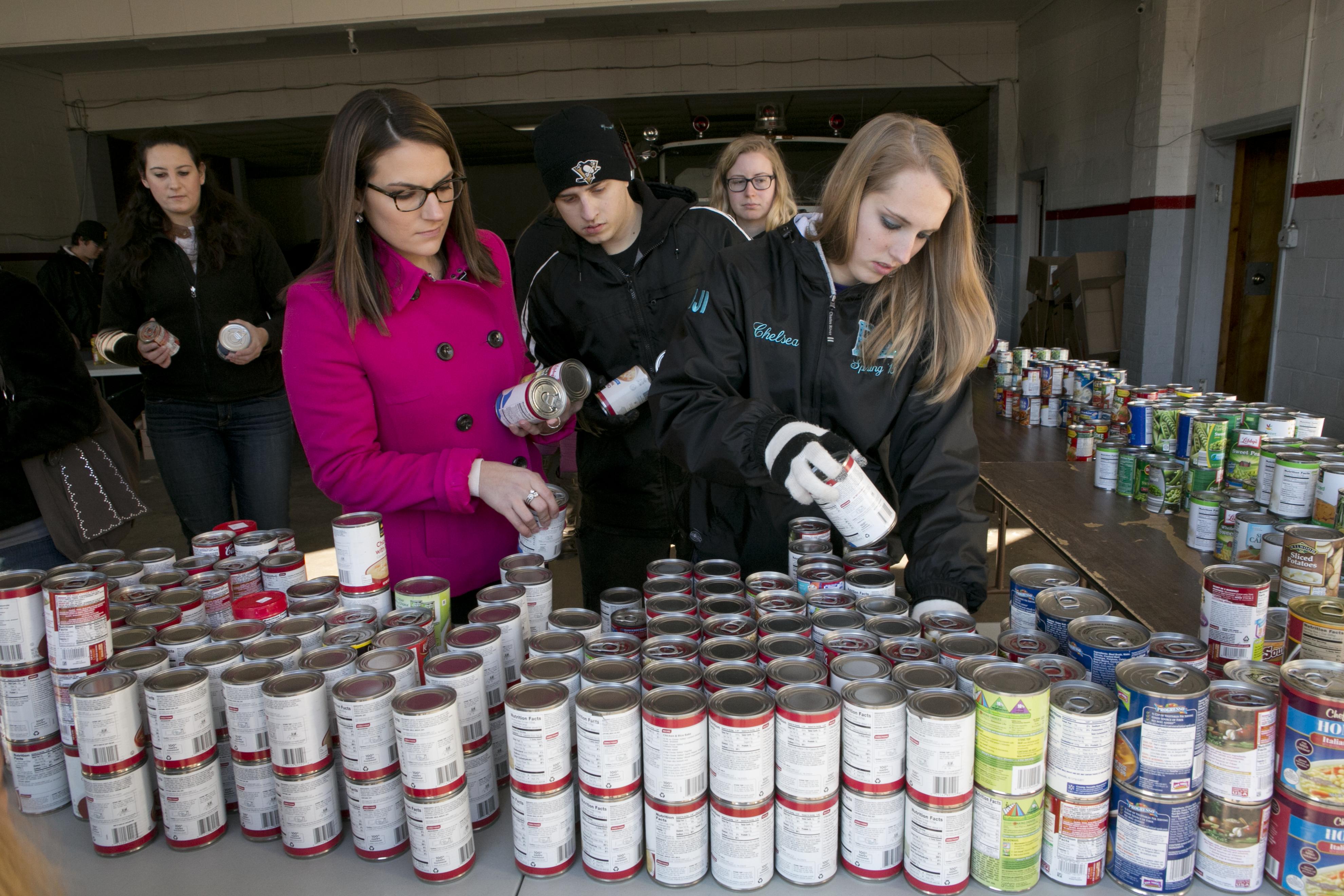 The flagging economy played a big role as low-end wages stagnated and older students went back to school to try to boost their income.

Clare Cady, director and co-founder of CUFBA, said the number of new campus food banks is nowÂ leveling off, but members are seeing increased demand and more questions about how to tackle student homelessness.

"For somebody who is either experiencing poverty or hovering at that line between doing ok and having an economic crisis, something as simple as getting their glasses broken could push them into a tough situation where they have to make decisions about what they should and shouldn't pay for."

Many people assume all students are affluent enough to pay for college, she said, or receive support from their families.

"A lot of them are working full time and still struggling. And some of them are supporting families and a lot of them don't have parental support financially," CadyÂ said.

When it comes the image of the struggling college student, poverty mightÂ seem like a rite of passage. But that ideaÂ doesn't match up with what advocates see on the ground, where many students faceÂ serious food insecurity.

"We're not talking about sort of this Dickensian, romanticized notion of this working hard college student who maybe doesn't get to turn up the heat as much in the winter and is eating ramen. We're talking about students that truly aren't getting meals."

Hard data on student homelessness is scarce. Previous studies have shown a wide range of results, reporting that between 14 and 60 percent of students experience food insecurity.

A study is underway at the California State University system to determine how many students lack food and housing.

Advocates are also lobbying to add questions about student poverty to surveys conducted by the National Center for Education Statistics.