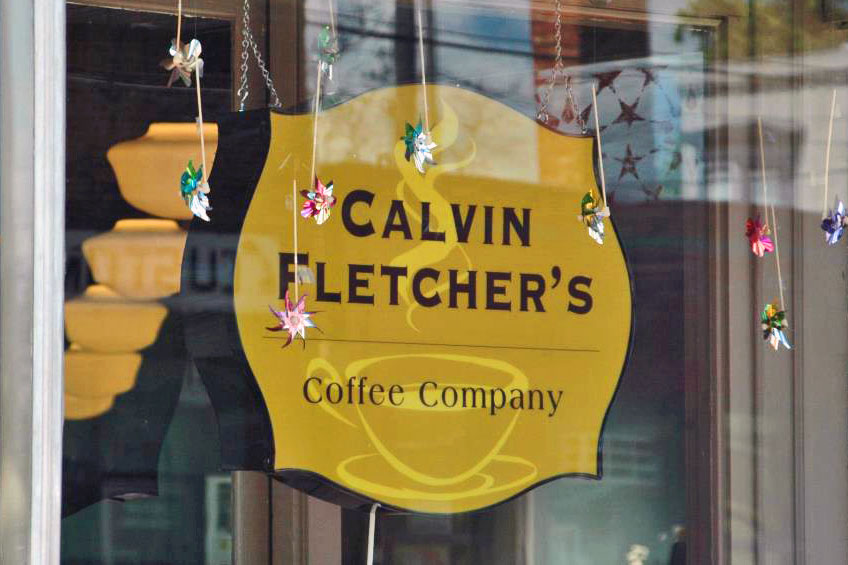 From The Church To The Cafe

Despite never having drunk a full cup of coffee in his life, Doug Litsey decided that opening a not-for-profit coffee shop was the best way to serve his community.

The former Nazarene minister called his shop Calvin Fletcher's Coffee Company after one of the men who originally purchased the land that would become his home -- Fletcher Place neighborhood in the Fountain Square area of Indianapolis.

Doug's son and business partner Jeff explains that their primary goal for the shop has stayed the same since since it opened in September 2009.

"The idea of a coffee shop as being a community gathering place where people get connected, get to know each other, where you get to see people on a regular basis."

Superior coffee draws people to the shop from all over the city – Fletcher was voted "Best Coffee Shop" for two years running by Indianapolis' Metromix.

They work closely with Greencastle, Indiana roaster Jameson Coffee. Jameson provides Fletcher with single origin coffee roasted just shy of darkly roasted, a style of roasting that lends itself to coffee that packs a punch in flavor.

Won't You Be My Neighbor

The financial goal of the cafe is to redirect some of the money spent on a morning cup o' joe to deserving non-profits like Rock Steady Boxing, a non-contact boxing center for those with Parkinson's disease.

While they haven't had the time or (somewhat ironically) the money to pursue non-profit status, the shop does donate the tips and any profit after overhead costs are met.