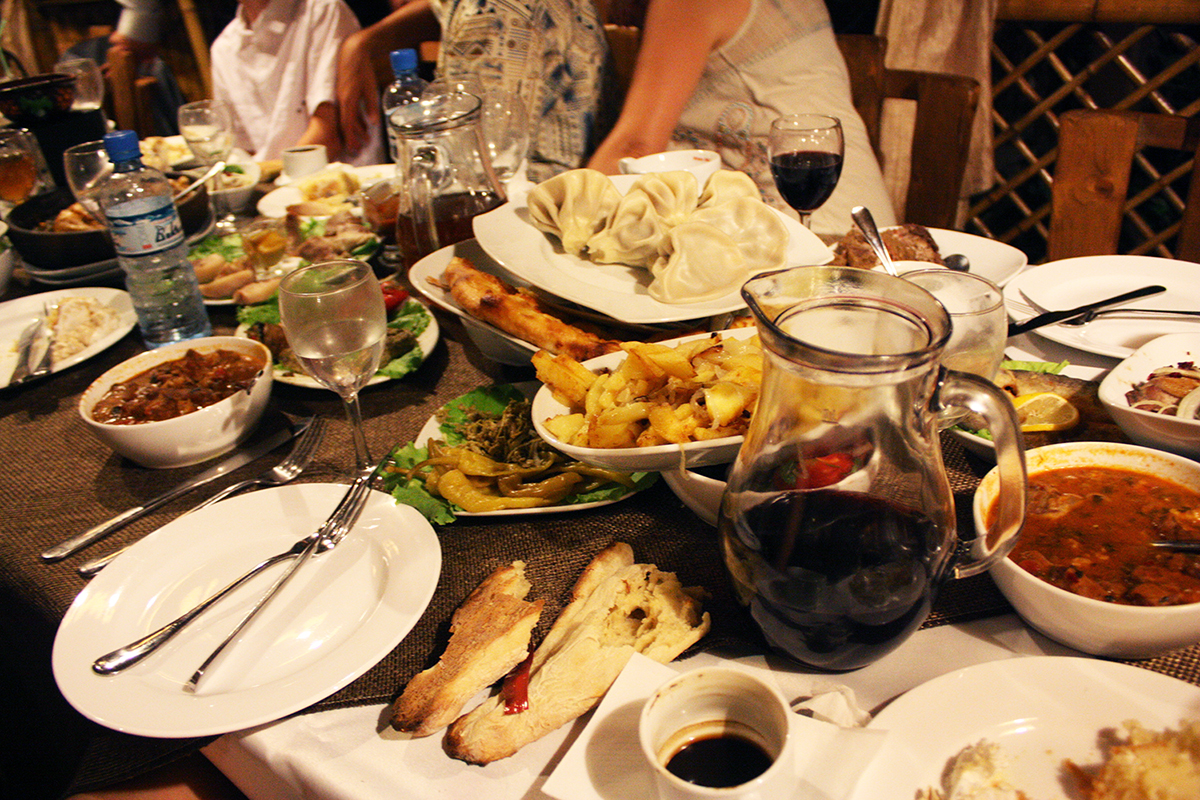 This week's show features an interview with Dr.Elizabeth Dunn, professor of Geography and International Studies at Indiana University. Elizabeth Dunn is also a food scholar. She studies food and immigration.

In a compelling piece in the Iowa Review, called "A Gift from the American People,"

she writes about how food is so much more than a substance that keeps us alive, so much more than mere calories. She reflects on the approach of humanitarian aid organizations that often fail to understand this when providing food aid to displaced people.

Alex Chambers spoke with Elizabeth Dunn in our studio recently. He asked about her experiences working in refugee camps in The Former Soviet Republic of Georgia after ethnic conflict in the breakaway province of South Ossetia.

Learn more about the conflict in South Ossetia:

Along A Shifting Border, Georgia And Russia Maintain An Uneasy Peace, NPR

Also this week, Susan Mintert of Indiana Home Cooks Podcast and blog shares a chocolate cake recipe with a surprising list of ingredients.

"This Year's Kisses" by The Jazz Giants '56, from How Deep is the Ocean--The Irvin Berlin Songbook

"Waiting Itself" from Clear Language by Balmorhea

A desperation dessert is one you can throw together at the drop of a hat with ingredients you probably already have on hand. This cake fits the bill.