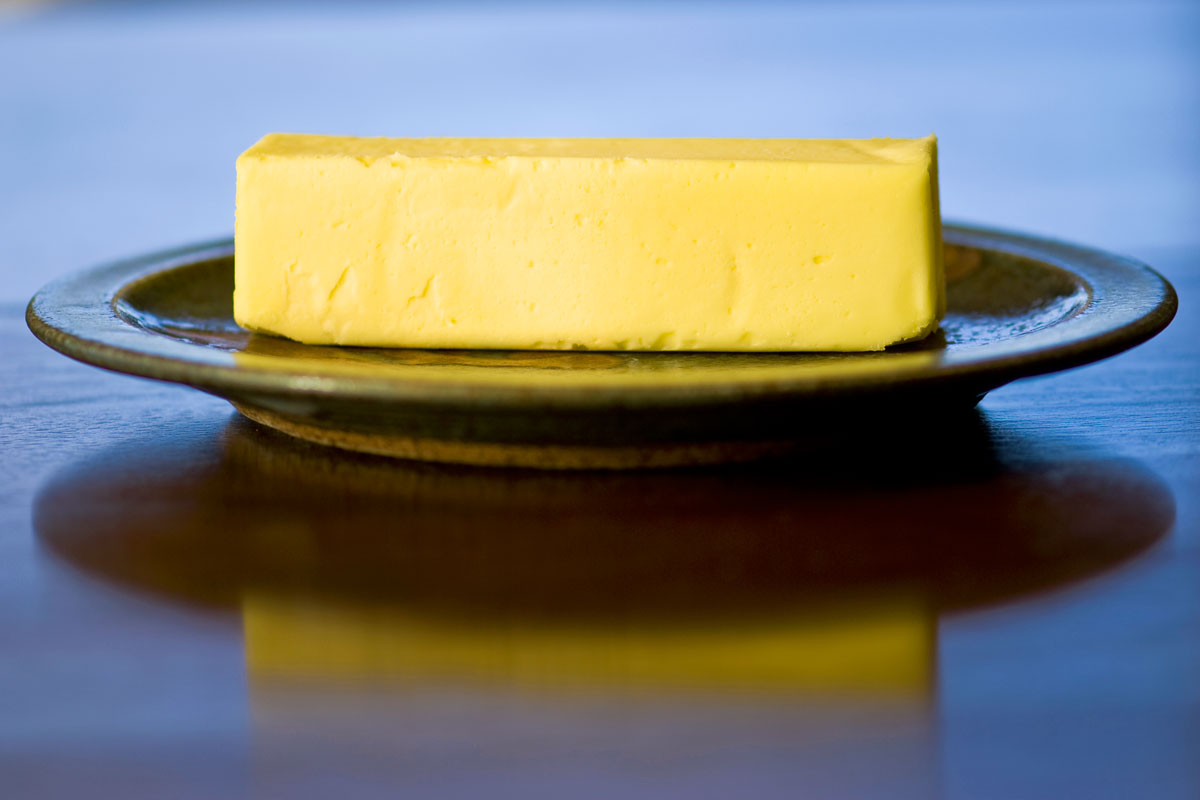 Bring On The Butter

In the past decade, Americans have increased their intake of butter 25 percent to a high of 5.6 pounds per capita. At its lowest, butter consumption in America was 4.1 pounds per capita in 1997.

Why the bump? The American Butter Institute, a trade organization representing 90 percent of butter manufacturers in the United States, says that a shift in food consciousness is partially responsible.

Americans are increasingly looking for natural and unprocessed foods, and with the FDA's proposed ban on trans fats, butter gets a chance to shine again.

The American Butter Institute has even released a new online campaign called, "Go Bold With Butter." With help from food bloggers, the website publishes recipes that use real butter, and shares them via social media.

For their part, some butter substitutes, like Country Crock, have already removed trans fats from their formulas. The market for alternative spreads, however, may continue to decline as more cooks turn to the real thing.