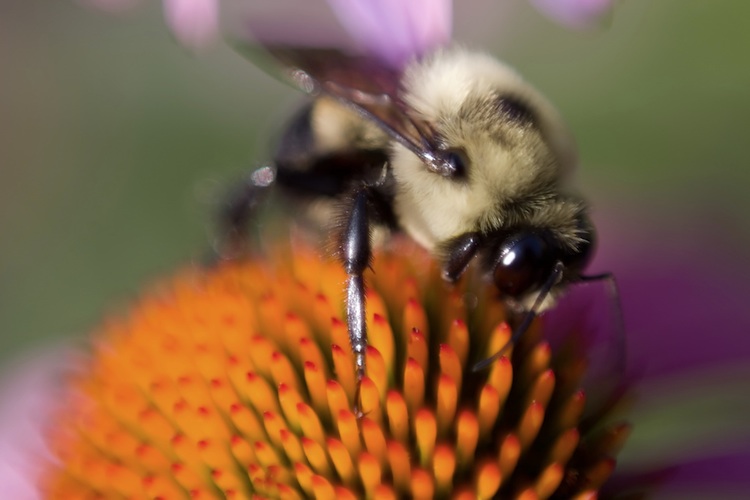 Since the onset of Colony Collapse Disorder (CCD) in late 2006, honey bee colonies in the United States have been disappearing at an average rate of 33 percent per year. This is an alarming statistic, given honeybees' integral role in agriculture as pollen carriers.

While CCD is almost certainly the product of a number of intricately intermingling factors, recent studies flag pesticide exposure as one likely significant contributor.

Honeybees aren't the only ones engaged in the work of pollination, however. Bumblebees also keep busy helping plants swap genetic information, and unfortunately, pesticides may be hurting them too.

According to a paper published in this week's edition of Nature, controlled observation of forty hives found sustained contact with a combination of neonicotinoid and pyrethroid pesticides to be detrimental not only to individual bumblebees but to entire bumblebee colonies.

Here's what happens. First, when bees ingest the two pesticides during routine foraging, their pollen-collecting and homing capacities become markedly impaired. As a result, bees to bring less food back to the hive -- at least, that is, when they don't get completely lost and die disoriented and alone.

Next, in order to compensate for the nutritional deficit, bees that would normally stick close to home to raise the next generation of workers leave to assist in the foraging effort. But as these bees are exposed the pesticide cocktail, they too become less efficient and prone to disorientation.

A Call For Regulatory Updates

The takeaway from all this with regards to governmental regulation, say researchers, is two-fold. To begin with, since chemicals can mingle and amplify each other's affects, environmental impact tests need to involve combinations of pesticides.

Second, while honeybees are certainly extremely important to the world's food supply, they aren't the only game in town. In the future, science needs to expand its purview to include other vital pollinators.