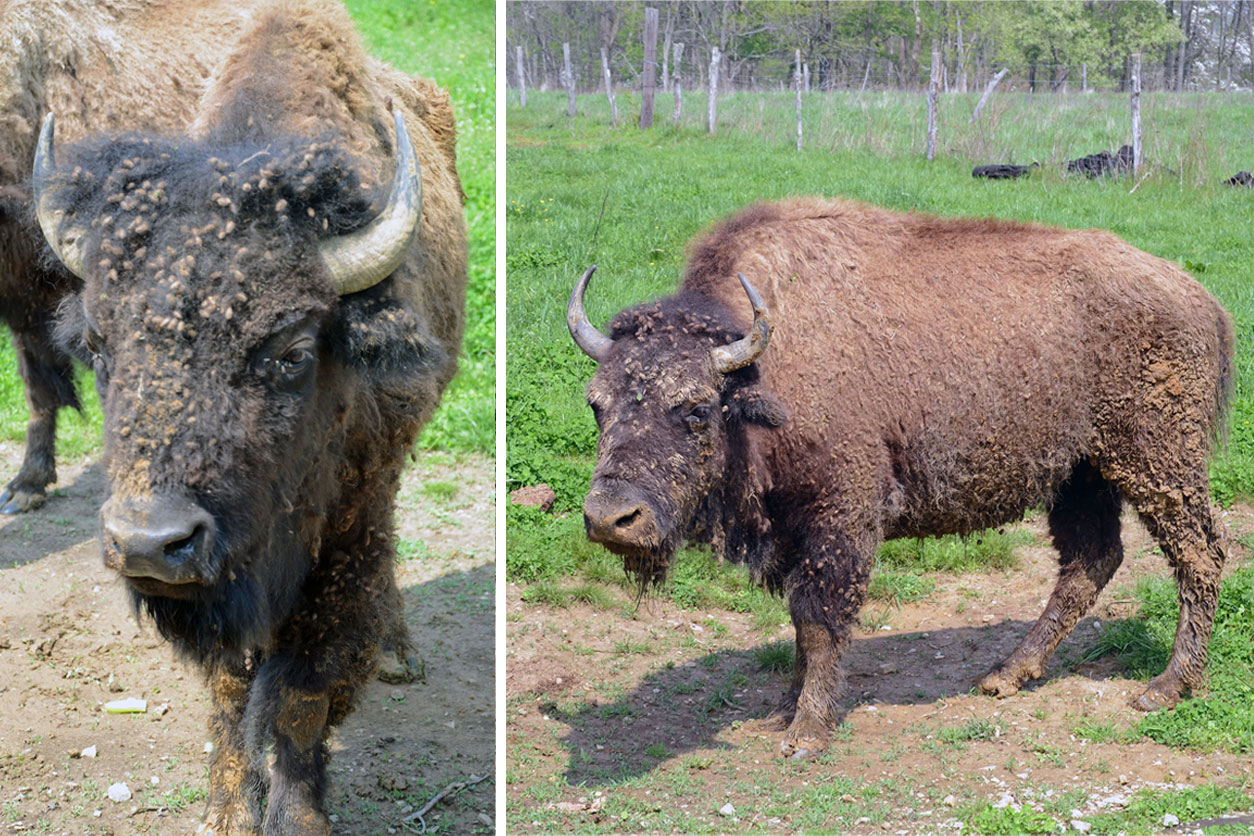 Kathleen Crews has been farming in southern Indiana for 13 years. In addition to raising bison, they have Devon cattle, a heritage breed of cows that's known for the rich milk used in Devonshire cream.

"What's really neat about them is they have a distinct look," she says. They are reddish in color and both males and females have horns. They are also multipurpose animals. Not only do they provide quality milk and beef, these cows can be taught to be draft animals. She hopes to teach the young calves to pull carts in the spring.

Buffalo Run used to also raise ostriches, but they proved to be too difficult and not profitable enough. While oshtriches adapt well to hot and cold weather, sleet and freezing rain pose significant problems. The wetness freezes their feathers so they can't keep themselves warm. Since they also don't like to be confined in a shelter, Crews says they had several birds die as a result of some nasty Indiana weather.

They also didn't play nice with the American buffalo. "Once in awhile one would challenge a buffalo and the buffalo wins," she says.

Large And In Charge

The small bison herd is the most striking group of animals on the farm. Their size and strength are clearly evident, but they are also very agile and athletic. They can run 35 miles per hour and jump a six foot fence. "They go where they want to go when they want to go," she says.

To keep the bison penned, they run electricity nose-high. "They will sting their nose if they try to get the grass on the other side of the fence," she says. "Then they think the whole thing is hot, and they think maybe I won't do that."

But, Crews says they are generally very easy to deal with as long as they have plenty of grass and a consistent water source.

If you want to taste bison, the farm offers bison burgers for purchase. Consider cooking bison in your kitchen with our Bison, Pumpkin, Lentil Chili and Bison Stew With Winter Vegetables.