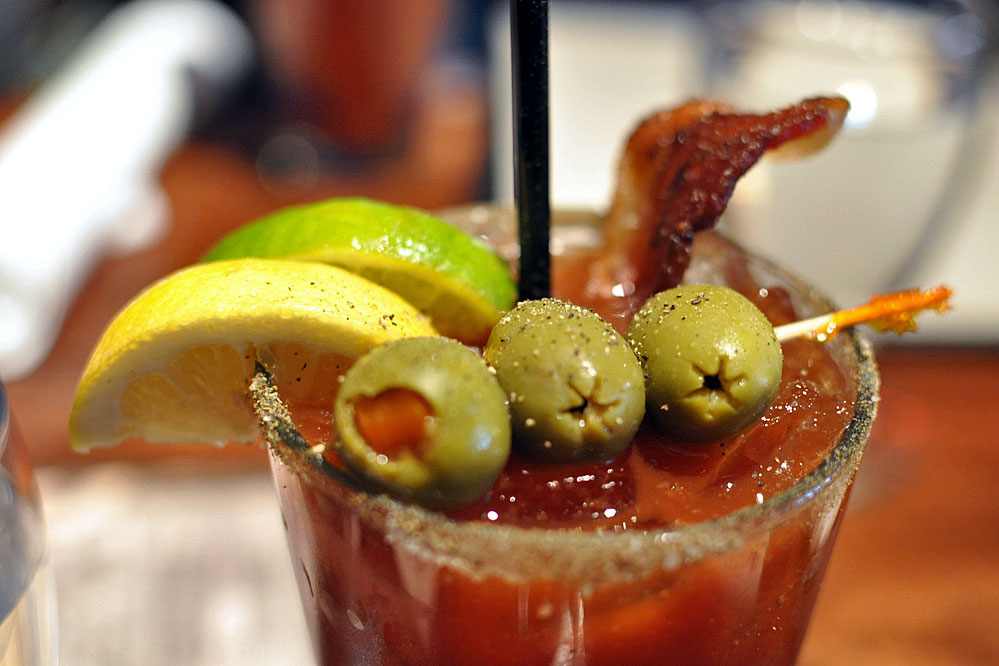 Salty, fatty, with an unmistakable aroma, bacon has become the hot trend in food.

Of course with a swift rise comes a swift fall.

None of this has dissuaded me from my love of the meat; on the contrary, here are five amazing bacon offerings.

Bacon-infused is good, but the best part of the drink is the crispy slice of bacon served as a garnish.

Chicago's Revolution Brewing focuses on local ingredients for their brewpub menu. Featured as an appetizer, the bacon popcorn is a savory treat.

Popped in bacon grease and topped with shredded Parmesan cheese, the popcorn is more about the essence of bacon than the literal product, but it's just as addicting.

This one started as a joke. A friend rolled her eyes at the suggestion bacon could be put in anything. Thus I started the search for a sweet bacon pudding.

A quick search for "bacon pudding" brings up savory dishes from the U.K. Â Peace Love & Chocolate's Sizzlin' Bacon in Shot Glasses with Maple Syrup Pudding isn't exactly a bacon-flavored pudding, but the combination of rich maple and salty bacon is too good to resist.

Who doesn't love edible utensils -- particularly when they are made out of bacon?

This is not of the fast-food variety. Another Bloomington original, Upland Brewing Company serves a locally-made bacon ice cream complete with a piece of chocolate-covered bacon.

"Bacon Ice Cream used to be something of an underground phenomenon," Elgar says.

Friends from culinary school would make it regularly, he explains, but when bacon went mainstream it moved from private gatherings to the restaurant.

Upland's ice cream differs from other bacon competitors because its base is closer to butter pecan than vanilla.

With the obvious exception of vegetarians and vegans, have Upland's patrons embraced the ice cream?

"Some carnivores cannot wrap their heads around the prospect of something salty and smoky in their ice cream. For those who make the choice, I believe they will find a well-balanced ice cream that is delicious and creamy," Elgar says.

More: Read the first two installments of our series about bacon:Â Bacon Sundae: Horror Or Hurray? and Bacon Lovers: The Other Side Of The Story