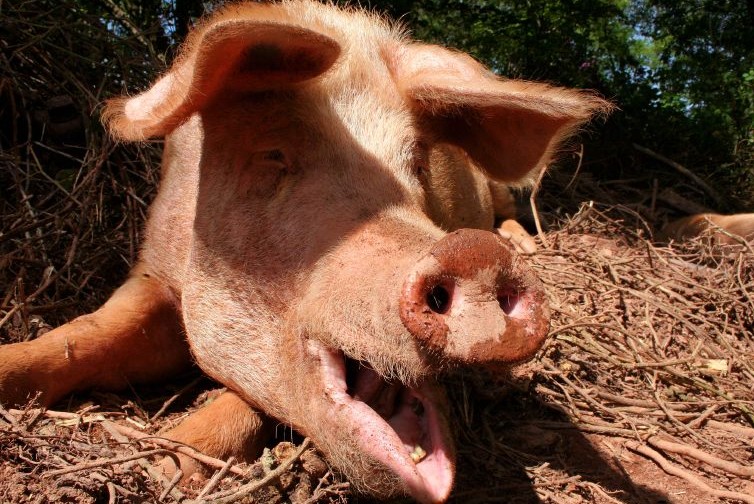 Last week, an international group of scientists called the Swine Genome Sequencing Consortium published its analysis of the genome of a domestic pig.

The new knowledge may have big impacts on both pig and human health.

And, yes, the taste and quality of bacon and other pork products may be soon improving, too.

People Aren't Pigs, But There Are Similarities

Having charted all of a female Sus scrofa domesticus' (a common domestic pig breed) 21,000 genes, and having compared the results to the genomes of other animals like humans and mice, scientists hope to better utilize swine for biomedical research.

Already, molecular disruptions mirroring those in humans linked to specific diseases like diabetes and Alzheimer's have been identified.

What About The Bacon?

And what are the implications for bacon, sausage and pork chops?

With a genome map in hand, pig farmers will be able to identify which genes correspond to leaner, more flavorful and better-colored meat, and then breed accordingly.

Above all, though, pig farmers want to ensure their animals remain in good health until slaughter. This means breeding for resistance to diseases like Porcine Reproductive and Respiratory Syndrome Virus (PRRSV) -- which costs pork producers some $660 million annually -- is a top priority.