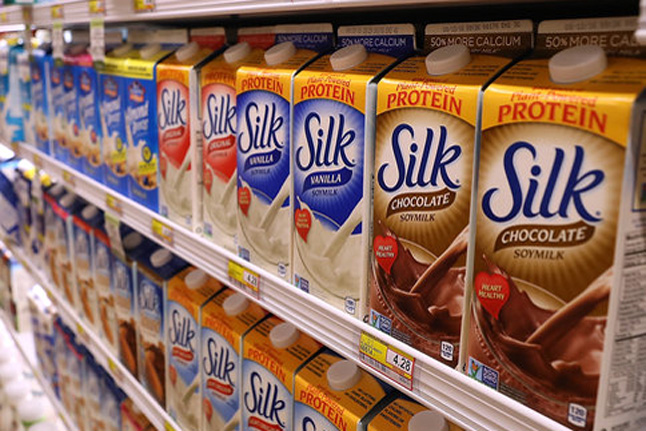 On one hand, studies have suggested that the estrogen-like compounds in soy - called isoflavones - may inhibit the development or recurrence of breast cancer.

On the other hand, there's been concern that consuming soy-based foods can interfere with the effectiveness of breast cancer drugs such as tamoxifen.

A new study helps to resolve this question. "Our finding would suggest that soy food consumption does not have a harmful effect," says Fang Fang Zhang, a cancer epidemiologist at Tufts University.

And for some breast cancer survivors, soy seems beneficial. The study tied higher soy consumption to a longer life after breast cancer, especially for women with hormone receptor negative breast cancers - which tend to be aggressive, and don't respond to hormone therapy.

"We found a 21 percent reduction in all-cause mortality among women with the highest dietary intake [of soy], compared to those with the lowest intake," Zhang told us.

The findings are based on a study of 6,235 women with breast cancer in the United States and Canada, all of whom were enrolled in the Breast Cancer Family Registry. The women completed food-frequency questionnaires, so researchers could estimate how much soy they consumed.

This benefit of better survival odds was limited to women in the study with hormone receptor-negative cancers. The researchers found no associations for soy-consuming women who had hormone receptor-positive tumors or those who received hormone therapy.

Research in Asian women has shown that soy can protect against breast cancer. And a 2009 study that included 5,000 Chinese breast cancer survivors concluded that those who consumed the most soy did better in the four years following diagnosis and treatment.

Zhang says that given the evidence from Asia, she wasn't surprised to see a benefit for women in North America, too. Her findings are published in the journal Cancer.

In an accompanying editorial, Omer Kucuk, an oncologist who has studied nutrition and cancer prevention at the Winship Cancer Institute of Emory University, argues that the new data helps answer the question of whether soy is safe for women. "We now have evidence that soy foods not only prevent breast cancer but also benefit women who have breast cancer," Kucuk concludes.

But there are some limitations to the study. For instance, researchers point out that the women who consumed more soy in their study also tended to have higher incomes and healthier lifestyles, factors that can also influence longevity.

And there are other unanswered questions, according to Marian Neuhouser, a registered dietician and nutritional epidemiologist at Fred Hutchinson Cancer Research Center. She says the data from the new study is "a piece of the puzzle."

She points out that the amount of soy isoflavones that the North American women in the study consumed was quite small - less than 2 milligrams a day. "If you compare that to Asian populations that on average consume 40 to 50 milligrams, it's pretty low," she says.

She says it's not clear what the results - in terms of long-term survival - would be if women in the U.S. consumed a lot more.

For now, she says "soy seems to be safe" at the levels women in the U.S. typically consume it, "and it could be beneficial for some women who have had a diagnosis of breast cancer."