Booker Bill Aims To Eliminate All CAFOs by 2040 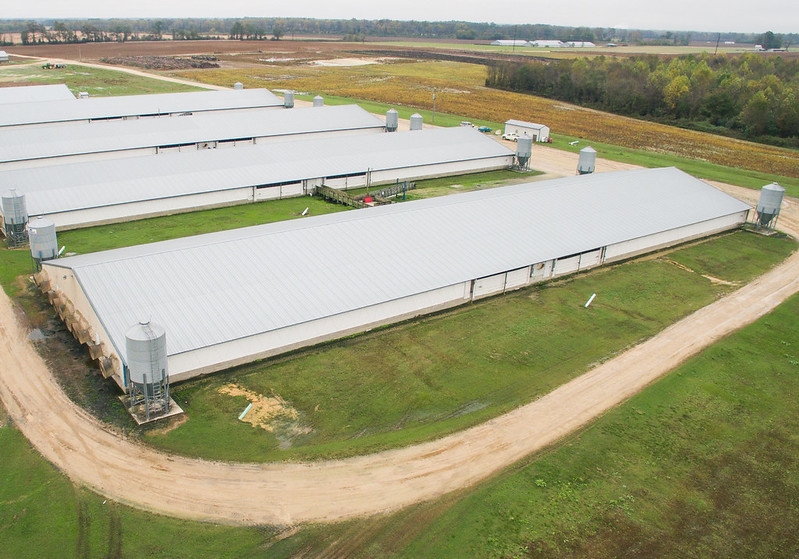 Concentrated animal feeding operations are defined as operations with at least 1,000 cattle, 2,500 hogs, or 82,000 laying hens, and often have negative impacts on public health and the environment in nearby communities. (USDA)

Large-scale livestock operations could be a thing of the past, if presidential hopeful Sen. Cory Booker has anything to say about it.


His new bill, The Farm System Reform Act, calls for a moratorium on new and expanding concentrated animal feeding operations (CAFOs), defined as livestock operations with at least 1,000 cattle, 2,500 hogs, or 82,000 laying hens.


The bill comes as the American Public Health Association called for a ban on new and expanding CAFOs, as new national polls indicate the public's desire for enhanced policy protections against the large-scale operations, and as CAFOs continue to expand in states like South Dakota.


Legislators have called for a moratorium on CAFOs in the past, but the Farm System Reform Act expands on that idea in a few important ways. Firstly, it seeks to phase out existing CAFOs by 2040 by allocating $100 billion over 10 years to help farmers transition to more sustainable production systems.


In addition, the FSRA addresses the power of the meatpacking industry on meat producers.

"Our independent family farmers and ranchers are continuing to be squeezed by large, multinational corporations that, because of their buying power and size, run roughshod over the marketplace," Sen. Booker said in a press release.

The act seeks to amend the Packers and Stockyard Act by eliminating a tournament system of paying farmers, and requiring that forward contracts -- a method of purchasing animals from farmers and ranchers -- be competitively bid.

The bill also lays the legal and financial responsibility for the environmental and quality-of-life problems of large-scale livestock production at the feet of the meatpacking industry.

"Large factory farms are harmful to rural communities, public health, and the environment and we must immediately begin to transition to a more sustainable and humane system," Sen. Booker added.

Under the bill, people living near a CAFO who have experienced a reduced quality of life or decline in property value can bring civil suits against members of the meatpacking industry.

The bill also reinstates country of origin labeling for beef and pork, and will require it for dairy products.