Leave The Lab Coats Behind: Biology Students On The Farm 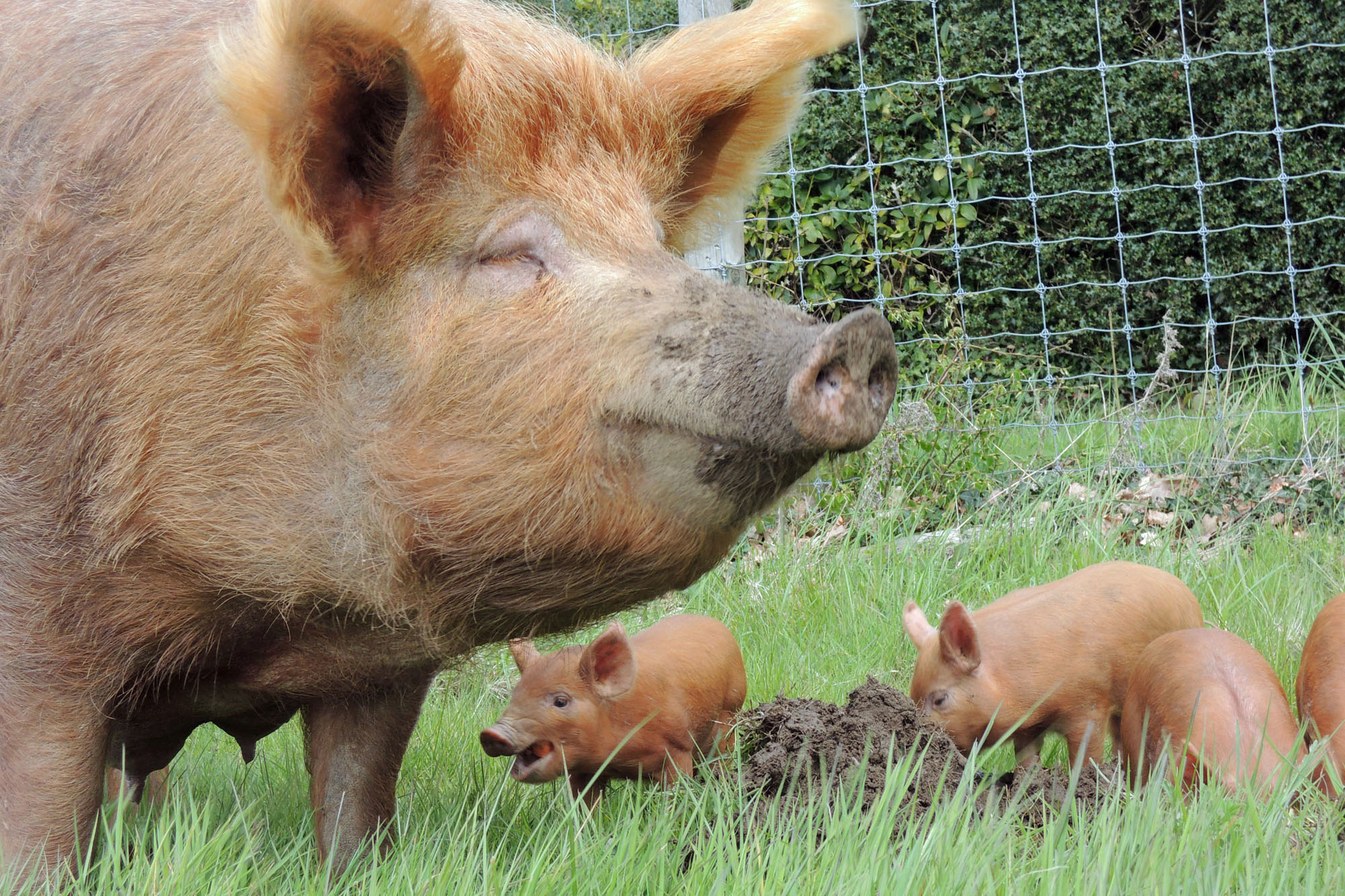 Irene Newton has a dozen nervous environmental microbiology students seated around her living room. She is an assistant professor of biology at Indiana University. The first group is ready to present its final research project -- The Resistance Movement: An examination of the antibiotic resistant bacteria found in organically raised pigs.

This is a very different scene from how the projects started out. Back in the beginning of the semester, the class visited WE Farm in Owen County, Indiana to collect samples for their research. "Samples" is a nice way to put it -- they collected poop. Newton says it was an interesting experience

"Initially they were quite squeamish about getting in there, but they all went at it," she says. "They were hovering over their samples in the ground, protecting it from other pigs, preventing other students from getting at it. It was really hilarious."

Owner/operator of WE Farm Josh Egenolf is in the back of the room for the presentations, occasionally tossing in a thoughtful question or comment. He has the background to hang with scientists because, "I bailed on a doctorate in ecology recently and became a full-time farmer."

Newton could have taught the same concepts in any number of other settings, but she wanted to give the students a hands-on experience. Thanks to her existing relationship with Egenolf and his wife Laura Beth Wayne, the farm was a perfect location.

There's also no shortage of bacteria on a farm. "I've always been interested in interactions between organisms, especially the idea of these unseen majority having such a dramatic impact on our health and biology," she says.

The groups covered topics ranging from how cellulose breaks down in a cow's gut, to the diversity of bacteria found in pigs of various ages.

The group presenting research about antibiotic-resistant bacteria in organically-raised pigs seemed to pique everyone's interest. They took fecal samples from roaming pigs and confined pigs to test if a pig's environment on an organic farm allowed access to a more diverse set of antibiotic bacteria.

Certain antibiotics exist naturally in the environment, like kanamycin and chloramphenicol. The use of artificial antibiotics like tetracycline and ampicillin is forbidden in organic livestock farming under USDA regulations. Egenolf does occasionally treat an animal's acute problems with a dose of penicillin, but penicillin resistance did not actually show up in the students' results.

"They had resistance to these antibiotics but we couldn't find anything in the environment that was producing them," says student researcher Justin Boyd. "So, somewhere in the past they must have been fed that antibiotic and developed a resistance to it."

Boyd says the literature told them that antibiotic resistance persists over several generations. Egenolf corroborated this claim, saying he did buy the grandparents of these pigs from a conventional farmer.

"There's something to be said for where you source your pigs from, getting to know the farmers you buy from rather than just getting an animal at auction," says Egenolf.

The other part of the research confirmed what Egenolf says organic farmers have assumed all along -- raising animals in a more natural way, on range land as opposed to in confinement, exposes them to a greater diversity of bacteria.

The biology professor confirms that this is indeed a good thing for the animals.

"It is true that a diverse community of microorganisms makes a more stable community, makes a community more able to accomplish a task that the host would like it to do," says Newton.