Bill Gates And Monsanto Team Up To Fight World Hunger 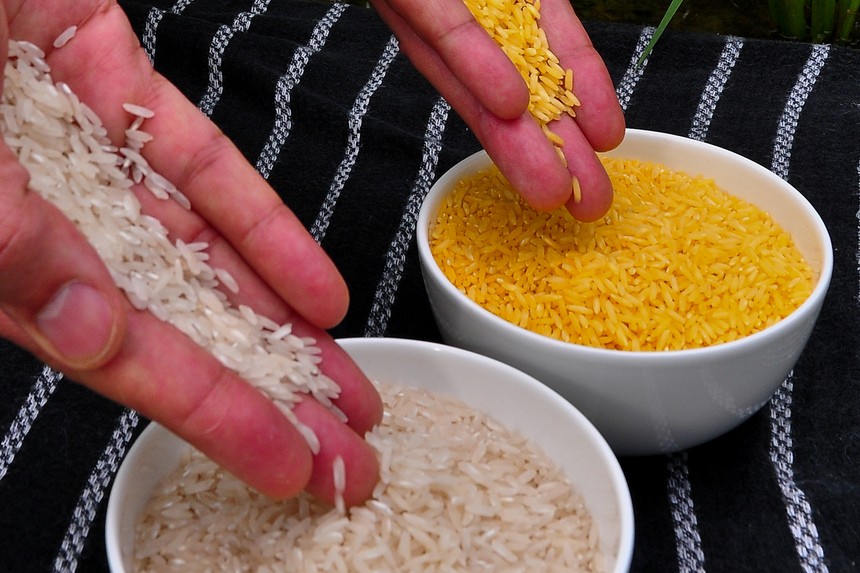 The Bill and Melinda Gates Foundation wants to feed the world and thinks GMOs -- Genetically Modified Organisms -- are the way to do it.

Critics are voicing skepticism about the motives behind this recent announcement, however. In 2010, the Bill and Melinda Gates Foundation bought 500,000 shares of Monsanto, a leading producer of GMOs, worth a total of $23 billion.

Bill Gates recently released his annual letter for 2012, which outlines the foundation's goals for the coming year.

The promise of the world's agricultural future, Gates says, can be modeled on our past: the "Green Revolution" of the 1960s and 1970s, wherein engineered crops for wheat, corn, and rice helped farmers in poor nations "vastly improve their yields."

He also stresses the importance of developing crop strains that can withstand common blights, like wheat resistant to stem rust fungus (Ug99) in the horn of Africa, and rice that can withstand increased flooding caused by global warming in Bangladesh and India.

This follows a similar announcement made by the foundation a year ago.

In 2011, the Bill and Melinda Gates Foundation donated $20 million to the development of "Golden Rice," a genetically-modified rice strain high in beta-carotene.

Monsanto is a major patent-holder for the technology required to produce Golden Rice.

But Golden Rice, which first appeared on the cover of Time Magazine in 2000, still hasn't been distributed to farmers, nor has any announcement been made about when distribution will be ready to begin.

Dr. Vandana Shiva, environmental activist, has campaigned actively against the use of Golden Rice and other GMOs to alleviate hunger in the third world.

The benefits of the GMOs would be outweighed by the risks associated with mono-crop farming, she says. The farmers would also have to place themselves at the mercy of the genetically-modified seeds' patent-holders.

Additionally, Greenpeace points out that no single GMO crop will alleviate the need for a balanced diet.

"Why go to the problem of producing golden rice when you still have to eat vegetables anyway?" asked Beau Baconguis in 2003. She worked for Greenpeace tracking the use of GM products in Asia.