Beerfest Brings Together David And Goliath Of Brewing 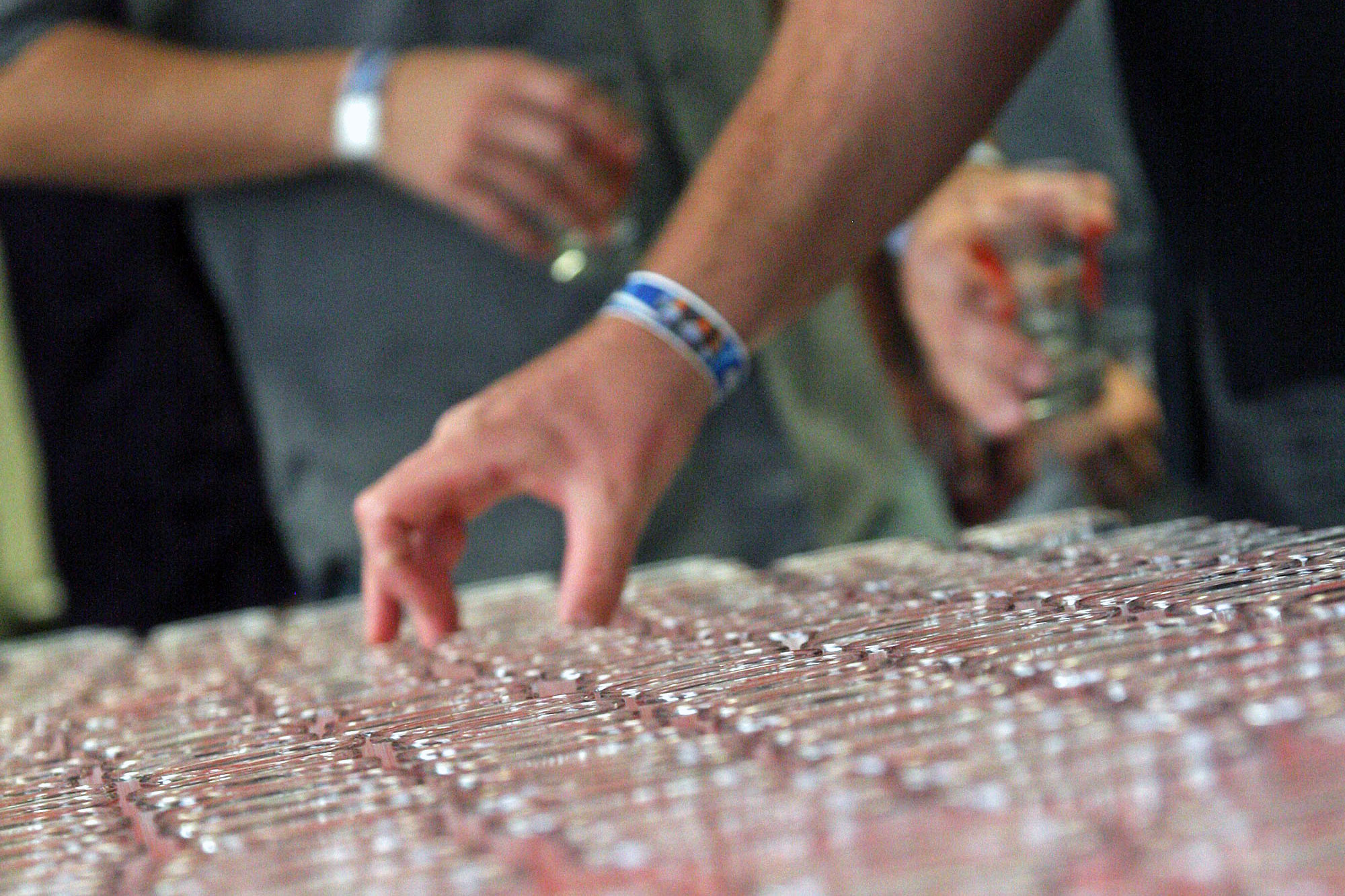 For two days in the fall, the Bloomington Convention Center transforms into a beer-lover's paradise. The Big Red Beerfest offers samples of over 300 beers from around the world. Small Indiana breweries are represented, like Sun King and Bloomington Brewing Company, but so are gigantic mega-breweries, like Heineken and Miller. Event organizer Matt Colglazier says the best part about Beerfest is the broad range of beers offered. "We've got the companies that were foundational in brewing and then we've got the breweries that are only two months old," he says.

Frat House Favorite: Of all the beers being sampled at the Miller table, the server likes Miller Lite the best. "I like it because it's made with corn so the hangover's not as bad the next day," she says.

Beer Alternative: Around the corner is Crispin Cider Company. They are offering samples of all-natural, gluten-free ciders made from apples from southern Washington and pears from southern Oregon. A pair of cider-loving visitors belly up to the table. "I want to live at this booth right now," says one. Their ciders use no artificial sugars, which catches the attention of the other. "I love that it's not super sweet and you can taste the apple flavor without all of the sugar," she says.

Imported Selections: Across the way is a table full of Grupo Modelo products. The representative says that while many people many know that their beer Corona is the number one imported beer in the U.S., people don't necessarily know that Modelo Especial is number three (behind Heineken). Since it's brewed with chocolate malt, Modelo Especial has a clean finish, which is not typical of a dark beer.

The New Guys: One of the newest breweries represented at Beerfest is Four Horsemen Brewing Company from South Bend, Indiana -- the brewery opened nine months prior to the event, in January 2011. To fit with the season, they introduced their Headless Horseman Pumpkin Ale. That's in addition to the Irish Red -- a local favorite -- and a Raspberry Ale. The representative from Four Horsemen explains that they brewed the Raspberry Ale on accident. "We were actually trying to do a lambic and we over-hopped it and it turned into a beautiful, mild raspberry ale," he said. "Happy mistake. We'll take it!"