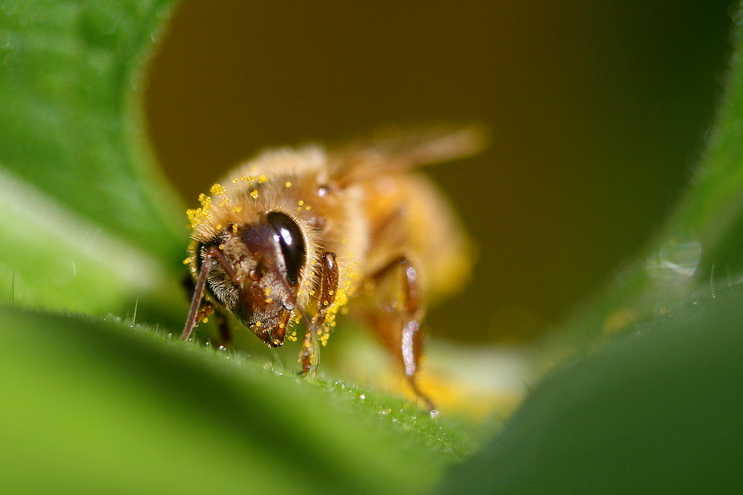 Commercial beekeepers want more voice in the government's approval of agrochemicals that could put their bees in harm's way.

Farmers who grow crops like almonds, apples, blueberries and stone fruit depend on bee hives, set up by commercial beekeepers, to pollinate their orchards during flowering season.

But the pesticides used in agriculture, including neonicotinoids, are believed to be causing the massive decline in bee populations over the last few years, among other factors. 2014 is shaping up to be a big year in the tussle over neonics, as pollinators urge regulators to consider the chemicals' broader environmental impacts such as damage to bees. The European Union already considers such factors, which has led to a more conservative approach to pesticide regulation.

The pesticide's developer, Dow Agro, said sulfoxaflor is a more bee-friendly alternative that lingers for less time than older agrochemicals that farmers currently use.

But a brood of beekeeping industry groups filed an appeal alleging that the EPA used weak field tests and ignored the groups' warnings when it gave the chemical a green light. The lawsuit also claims that label restrictions the EPA issued are ineffective, and the agency failed to weigh the economic impact on beekeepers in its decision.

Dow Agro did not respond to Earth Eats' requests for comment.

Dow and the beekeeping groups don't agree about whether the chemical should technically be classified as a neonicotinoid, but it's a neurotoxin that works similarly by making the whole plant poisonous to insects. That means the pollen and nectar also become toxic during and after use.

The agency has already determined that the chemical is "very toxic" to insects. Exposure to as little as a tenth of a microgram can kill a bee. That's about the same mass as a thousandth of an eyelash.

The EPA is expected to file a response by mid-February, and a hearing could get underway in the 9th Circuit Court of Appeals in San Francisco by late summer or early fall.

Arguments got underway this month in a separate case against the EPA for its approval of two other neonics-clothianidin and thiamethoxam.

The appeal points to bigger questions about the way the EPA considers new agrochemicals. The impact on pollinators isn't factored in to the decision-making equation, said Michele Colopy, program director for the Pollinator Stewardship Council, one of the groups in the lawsuit.

"The cost-benefit analysis is always based on the pest verses the pesticide," she said, "not on the residual effects of the pesticide."

Colopy said beekeepers hired to pollinate crops are losing 7 to 12 percent of their bees per month from contact with up to 32 different pesticides during their life cycle.

Meanwhile, she said, farmers are slowly shifting away from traditional pest management methods that don't rely exclusively on pesticides.

"And we've got far too many products being sold to agriculture instead of letting farmers do the work they know to do."