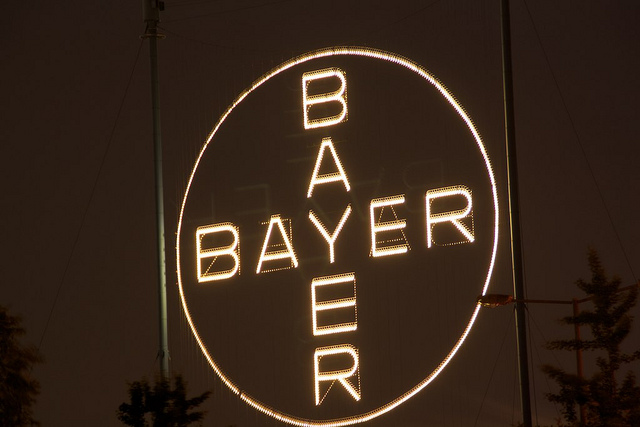 German pharmaceutical giant Bayer is one step closer in its two-year quest to own US-based industrial agriculture company Monsanto.

The $66 billion sale, announced almost two years ago, faced major hurdles to come to fruition - namely, an antitrust investigation by the US Department of Justice.

And after a year-and-a-half long inquiry into every facet of the merger, The DOJ announced Tuesday its decision that the merger can move forward - with a few pricy caveats for Bayer.

The German company has agreed to sell its agricultural businesses and assets worth about $9 billion to chemical company BASF, including its canola, soybean and vegetable seed businesses, as well as its Liberty herbicide business, all of which currently compete with Monsanto products.

Bayer also agreed to sell off "certain intellectual property and research capabilities, including 'pipeline' R&D projects," according to the Justice Department.

The divestment is the largest in U.S. antitrust enforcement history.

Bayer CEO Werner Baumann said, "Receipt of the DOJ's approval brings us close to our goal of creating a leading company in agriculture."

Bayer-Monsanto isn't the first agrochemical merger in recent years - in 2015, Dow and DuPont merged, just months before Syngenta was taken over by ChemChina.The approval of Monsanto's acquisition by Bayer leaves just four companies, including BASF, in control of the majority of the world's agrochemical research and sales.

Farm advocates are concerned about the consequences of continued corporate consolidation for farmers. "This extreme consolidation drives up costs for farmers and it limits their choice of products in the marketplace," said National Farmers Union president Roger Johnson in a statement. "It also reduces the incentive for the remaining agricultural input giants to compete and innovate through research and development."

Another important facet of the merger is the controversial Monsanto brand. Baumann and Monsanto CEO Hugh Grant said in 2016 that they haven't yet determined whether Bayer will continue to use Monsanto's brand name if the deal succeeds, though Mr. Grant said it is something about which Monsanto is willing to be "flexible."

Monsanto has continually faced controversy over its genetically modified crop seeds, as well as its glyphosate-based weed killer, Roundup.

Those issues and others made Monsanto the third-most-hated company in the world, according to a 2014 poll. If the Monsanto brand ceases to exist, their controversial reputation could disappear while their products remain.

Bayer estimates that the divestment process and conclusion of the deal will take about two months. The company is also still waiting on approval of the sale from the Canadian and Mexican governments.