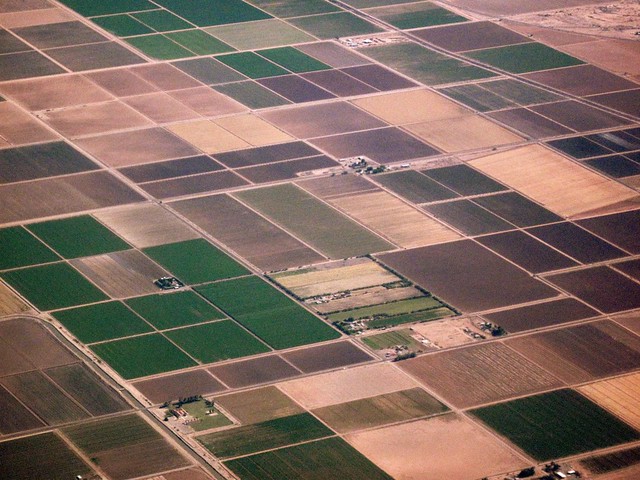 The Environmental Working Group report says the second round of bailout payments, rolled out last week, favors big farms because it was designed to pay per acre. “The bigger the farm, the bigger the government check,” the organization said. (Alan Levine/flickr)

Farmers across the country are reeling from the impact of the trade war with China - unless they’re rich.

Bailout payments from the Trump administration to offset the effects of the trade war are largely going to wealthy white farmers, according to a report by the Environmental Working Group.

In July 2018, the Trump administration announced it would provide farmers with up to $12 billion in aid to mitigate lost revenue from the trade war, via the Market Facilitation Program (MFP). A second round of payouts totaling $16 billion was announced last week.

According to a report by the Environmental Working Group (EWG) and data obtained by The New Food Economy through the Freedom of Information Act, the largest 11 percent of soybean producers applying for MFP funds received 52 percent of all soy payments through February. The largest 3 percent received more than a quarter of all payments.

Overall, the top 1 percent of recipients received on average more than $180,000 each and farmers in the bottom 80 percent, on average, received less than $5,000. Eighty-two farmers received more than $500,000 each.

This data reflects larger historical trends of racial discrimination at the USDA as reported by The New Food Economy, deepening disadvantages for black and minority farmers. Of the $8.5 billion distributed through the MFP, 99.5 percent went to white business owners.

The method used to calculate these payments remains unclear.

“These short-term, inequitable payouts are not a replacement for markets and a coherent trade strategy,” said Debbie Stabenow (Mich.), of the Senate Committee on Agriculture, Nutrition and Forestry, in a statement.

“This aid is not equitable and favors certain farmers over others,” Stabenow continued. “Bottom line — it’s not fair.”

Bailout recipients remain eligible to receive commodity subsidies, crop insurance subsidies, and other typical forms of federal assistance this year and beyond.