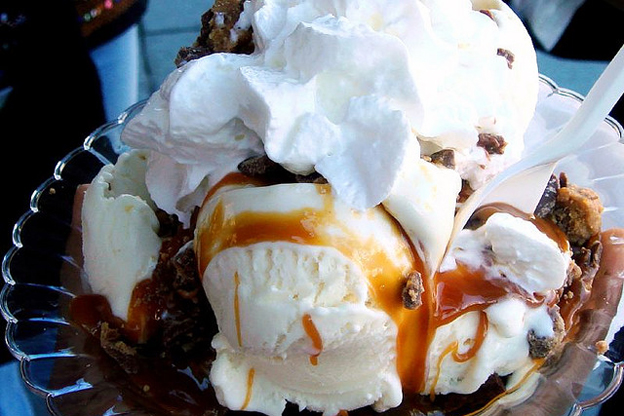 It wasn't long ago the Burger King teamed up with Quaker Oats man to project a healthier vibe, but now the chain is test-marketing a bacon sundae, you have to wonder if all that's gone right out the window.

Not surprisingly, reactions to the sweet and salty fusion desert have been mixed. While die-hard cured meat aficionados are celebrating, many health and nutrition buffs are a little horrified to see so much fat, cholesterol and sugar all in one place.

Not The First, And Probably Not The Last

The Burger King sundae, however, boasts real strips of bacon alongside vanilla ice cream and chocolate and caramel syrups.

In other taste-bud pleasing but artery-clogging news, Pizza Hut has introduced a pizza with a hot dog in the crust. (Unfortunately for U.S. hot doggers, the pizza is only available in the U.K.)

Having serious bacon cravings? Read the next installment in our three-part series on the crispy delicacy to see why giving in to temptation might not be such a good idea.