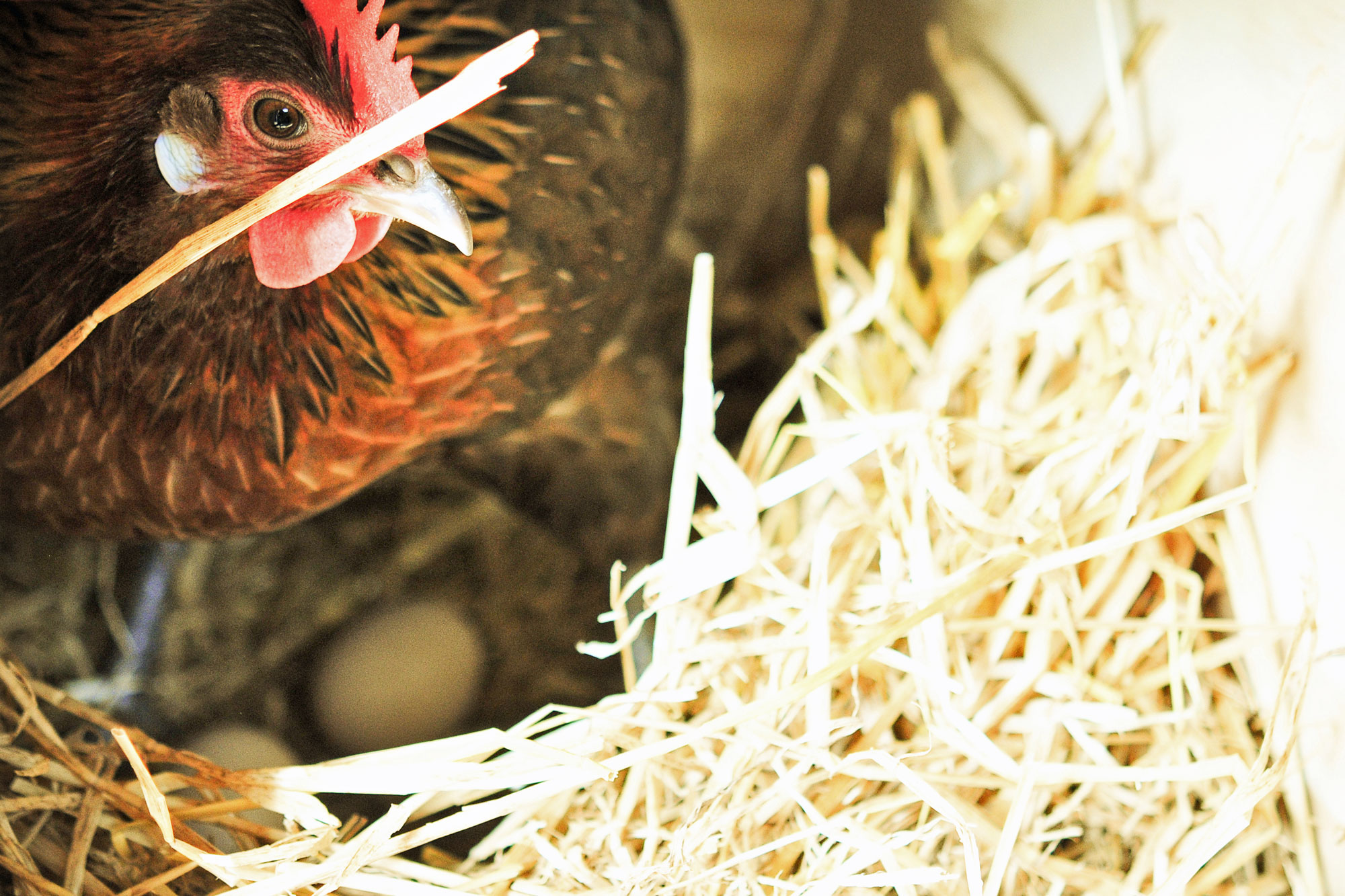 Backyard chicken farmers are transitioning from what was an incredibly hot summer to now cooler temperatures in the fall. Then soon enough, they could be experiencing snowy conditions through February or March. Our three backyard chicken farmers have been there before, raising birds throughout southern Indiana's unpredictable seasons.

Last time, they discussed which predators give their chicken flocks the most trouble.Â In part 3 of our conversation, Jana Wilson, Aleisha Kropf and Tom Berich talk about how they coped during the summer and what they do to prepare their birds for the winter.

When The Lights Go Down In The City

One thing Berich is noticing with his birds is that they aren't laying as many eggs these days as they were last month. He explains this doesn't really have anything to do with the temperature shift. "It's not really a weather thing, it's a light thing," he says. So naturally, egg production will taper off into the fall and winter as daylight hours get shorter.

Commercial egg operations manipulate this fertility trigger in chickens by keeping lights on all year round. "Maybe I'm feeling too humane," says Kropf, "but I think of it as they never let the chickens have a break."

There's another cyclical event that happens to chickens in the fall -- they lose their feathers, which is called molting.Â They are using energy and protein to grow new feathers that will keep them warm in the winter. This adversely affects their egg production as well.

Egg laying can also be reduced when the chicken is stressed, and this summer's extremely warm weather caused plenty of stress for backyard birds.Â An Earth Eats Twitter follower said her hens stopped laying eggs during an especially intense heat wave. Kropf says she moved her chickens into her basement to give them relief.Â "Think of wearing a down coat in 110 degree weather and that's what you've got," says Wilson.

Lucky for Wilson's 60-plus birds, they live on 20 acres in the woods, so shade from trees provided some relief. Her chickens discovered another, more unusual way to keep themselves cool:

I came home one day and saw them standing in their (drinking) water. Chickens do not like to get wet, and it's actually not good to get them wet. But they went and stood in the water and that was a way of cooling off for them.

All the farmers agreed that there's not a lot you can do to help relieve your chickens' discomfort from the heat, but here are some tricks they experimented with:

Chickens have their own coping methods as well. Berich says his birds enjoyed more dust baths during the heat of the day. "They would much prefer to dig their own hole in the ground and roll around in it, and that's where they would wait until the sun went down," he says.

Many backyard chicken farmers on Twitter and Facebook had questions about keeping their birds safe and happy during the cold month, but Wilson assures them that the winter isn't as hard on chickens as the summer is. One change is that chickens tend to eat more in the winter. Wilson adds some corn to their feed to give them an extra boost of energy.Â "It's like carbo-loading for chickens."

Kropf says the most important thing to do in the winter is to make sure the coop is well ventilated. Closing up the coop and preventing airflow is a recipe for disaster. "Chickens are very watery," she says. "Put them in there and it's just a hot bed for disease."

Just like during hot conditions, chickens have ways of coping with cold weather -- their body temperature regulates with the seasons. With this in mind, Kropf suggests not heating their coop. If your electricity goes out in the middle of winter and your coop is suddenly no longer heated, "you have a higher chance of all your birds dying because they haven't regulated their body temperature to acclimatize."

Frostbite is also a concern for backyard birds. Wilson raises Sicilian Buttercups whose striking feature is a large, cup-shaped comb. "In the summer it's fabulous for releasing heat," she says, but it's susceptible to frostbite during the winter. "On occasion I will bring in my males to a shed that does have heat to keep their combs from being frostbitten because that can cause all kinds of other problems."

Kropf has had success avoiding frostbite by rubbing Vaseline on her Orpington's comb. Wilson suspects this has less to do with the Vaseline and more to do with encouraging blood flow by massaging the chicken's comb. That, "and you're out there looking at your birds. That's what's really important in the winter and the summer," she says.

Spend time with your birds? "How can you not!" says Kropf. "They just make me happy."

More:Â Read and listen to part 1 and part 2 of our conversation about raising backyard chickens.