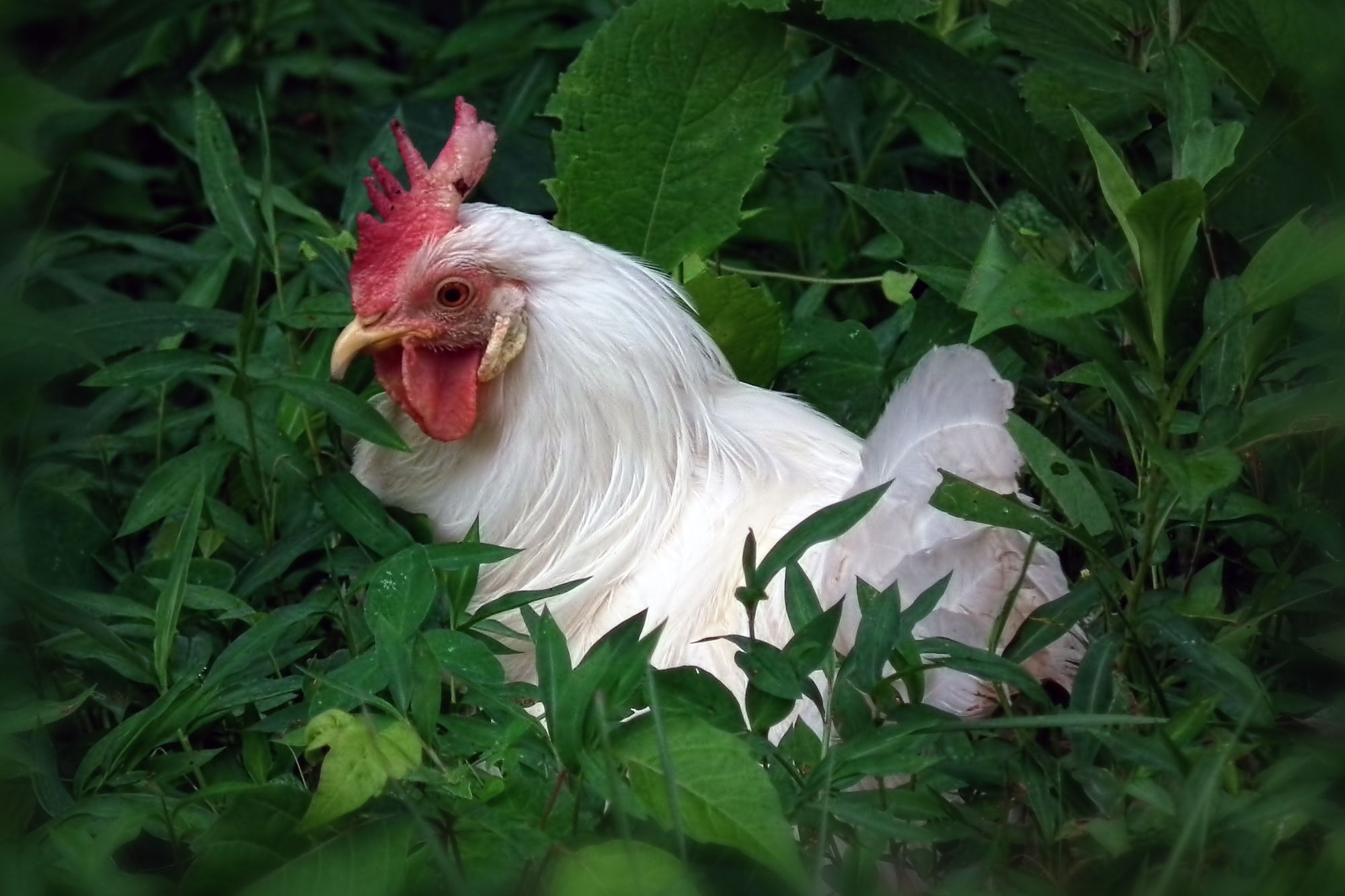 We're continuing with part two of our conversation with backyard chicken farmers -- Aleisha Kropf, Tom Berich and Jana Wilson are answering your questions.

Last time, they talked about how chickens can help and hurt your garden. This time, it's all things predators.

Which predators will cause the most problems for your chicken flock depends on one thing -- where you live.

Kropf's backyard chicken farm is located in Bloomington, Indiana city limits. She saysÂ hawks are her biggest menace. That'sÂ because in the city there are lots of perching places, like telephone poles, rooftops and trees. Chickens are especially vulnerable during the winter when leaves fall back and there's not as much foliage on the ground, giving them fewer places to hide.

That, and hawks aren't easy to scare away. "They're nervy," she says. "You can run out and shake your arms at them and they'll move over an inch and look at you like, so?"

They're also picky eaters. When her first bird died from a hawk attack, the only part of the chicken that was eaten was the breast.

When she saw another one of her birds being attacked, she sprung to action:

Basically (the hen) is out there being eaten alive. My daughter runs out, sort of scares the hawk away by running at it and attacking it. She brings the bird into the house, it's bleeding all over. We cry, "We have to save it!" Things you never think you'll do -- I became a chicken surgeon. We ended up on the counter, sterilizing our hands and cleaning the wound. The bird is still alive. That was a year ago. It has a big concave hole in its breast, but the feathers have grown over. It's very loving now.

Jana Wilson raises chickens on 20 acres in the woods just outside Bloomington.Â Coyotes are problematic especially when her chickens are free-ranging. Luckily, she has three dogs that she believes help keep four-legged pests away. "Not every dog can be around chickens," she says, "but if you have a good dog, they can be helpful in guarding the chickens."

The four-leggeds that cause her the most trouble, though, are raccoons. They like to rip birds apart -- not a pretty picture!

Tom Berich calls raccoons ruthless and bloodthirsty. "They'll decimate an entire flock in one night and maybe only eat part of one bird," he says.

The vermin Berich has had the most trouble with in his suburban Bloomington backyard is smaller and possibly more wily -- rats:

I don't have any way of delicately saying this other than you have to get rid of them, because you're not going to tell them to go away, and dogs won't help because rats are burrowing, they go underground. They will get your chickens in the middle of the night.

The curious thing about rats is that during the day, they are food for the chicken. But since chickens are night blind, rats become the predator at night.Â "Basically as soon as the light gets low enough, you could go up to any chicken and pick it up, regardless of how tame or wild it is," he adds.

The solution for exterminating rats from the coop is simple -- poison. This can be safe for your chickens if you're careful. Usually the infected rat will take the poison back to the burrow and die there. "However, if you do get a poisoned rat wandering around the yard, you have to take care of it yourself before the chickens get to it, or your dogs or your cats or anything else," says Berich.

While some dogs can help protect chickens, others can be nasty predators. If the dog in question lives with one of your neighbors, it can be a tricky issue to deal with.

"You have to address the problem, but it's just a matter of doing it diplomatically," says Berich.

You can't prevent all predator attacks, but fortifying your coop in appropriate ways will help cut down on casualties:

Next time, in the final installment of our series about backyard chickens, we talk about how to prepare your birds for a long, cold winter.