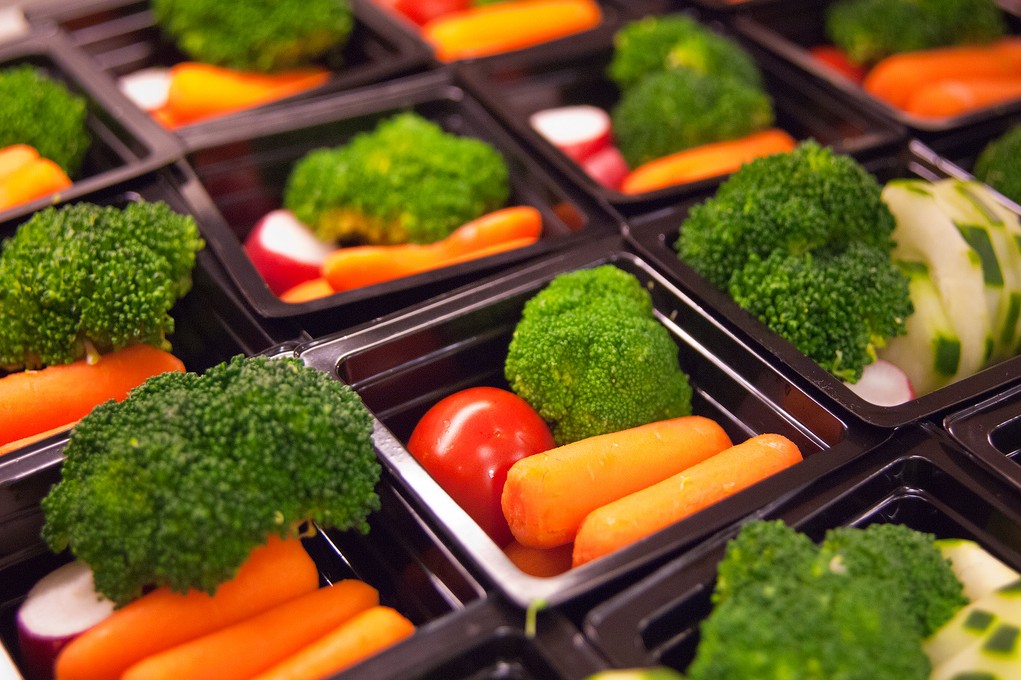 Inspired by Michelle Obama's Let's Move! campaign, the 2012-2013 overhaul to school lunches marks the first such revision in fifteen years.

While previous guidelines set only a minimum calorie count per meal, the new ones also stipulate a calorie maximum and emphasize the importance of eating fruits, vegetables and whole grains.

The new health-food-heavy diet isn't without its detractors, though.

"Sometimes I eat it," says a student at Wichita Northeast Magnet High School, "but sometimes it's just nasty."

Other students complain they're leaving lunch hungrier than they used to.

Administrators hope lower calorie counts will teach students about nutrition and appropriate portion size, though they recognize that active students like athletes might need to supplement their meals with Ã¡ la carte items.

But earlier this month, education officials terminated their relationship with WITS because they worried WITS-made meals might not meet the new federal standards, and because school districts found to be violating the new guidelines are at risk of losing some federal funding.

Following pressure from the City Council and the population at large, however, the education department reversed their decision. Schools intend to work with WITS to continue to deliver tasty meals to students and to ensure meals are in compliance with the new rules.

Costs Going Up, Numbers Going Down

To make up for the slightly more expensive ingredients on the new menus, numerous districts have had to increase the price of school lunches.

The price increase came in response to a February memo from the USDA which stated that schools charging less than $2.51 per meal had to raise their prices by at least 4.18 percent or find a non-federal funding sources to account for the same value.

Some schools, however, have seen a significant decline in the number of students purchasing the lunches. Whether the decline has to do with the changing menu, increased prices or some other lurking variable is uncertain.