Asparagus, With Vegan Caesar Dressing On The Side 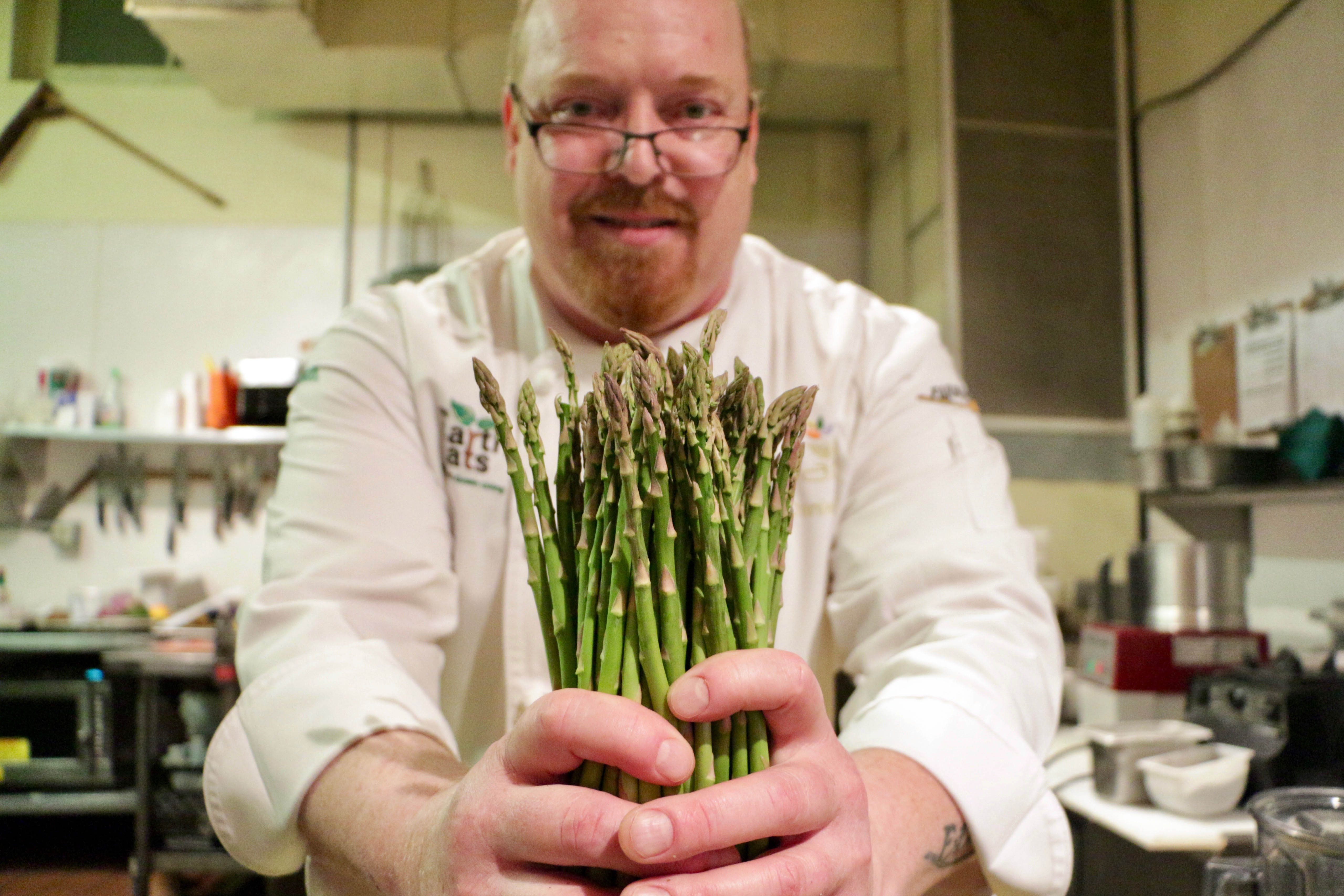 Asparagus has a place deep in my heart.

When I was a little kid, we had an asparagus patch in the front yard. It was my father's. His name was Thomas but we called him Lefty because he was a baseball pitcher.

During the spring season at the restaurant, we make Lefty's Pie -- a pizza with asparagus, brie, a garlic cream sauce and parmesan. It's an homage to my father, and it was his favorite pizza while he was still alive.

If you want to find the most tender parts of asparagus, bend it gently and it will snap. Now, just because you've broken off the tough ends doesn't mean you should throw them out. You can still eat them and they're delicious (especially in a soup).

The other thing about asparagus is they cook unevenly; the stems will take longer to cook than the tops. True asparagus aficionados have a special asparagus cooking pot -- a tall, narrow pot in which the asparagus stand up. The stems cook while the tips just steam. At the restaurant, we cook the asparagus in boiling, salted water and then chill them immediately to preserve the color. That's called blanching and shocking. Then when it's time to serve, we dip them in boiling water briefly to reheat them.

This vegan Caesar dressing is a great dipping sauce, no matter how you cook the asparagus.