As Food Supply Chain Breaks Down, Farm-To-Door CSAs Take Off 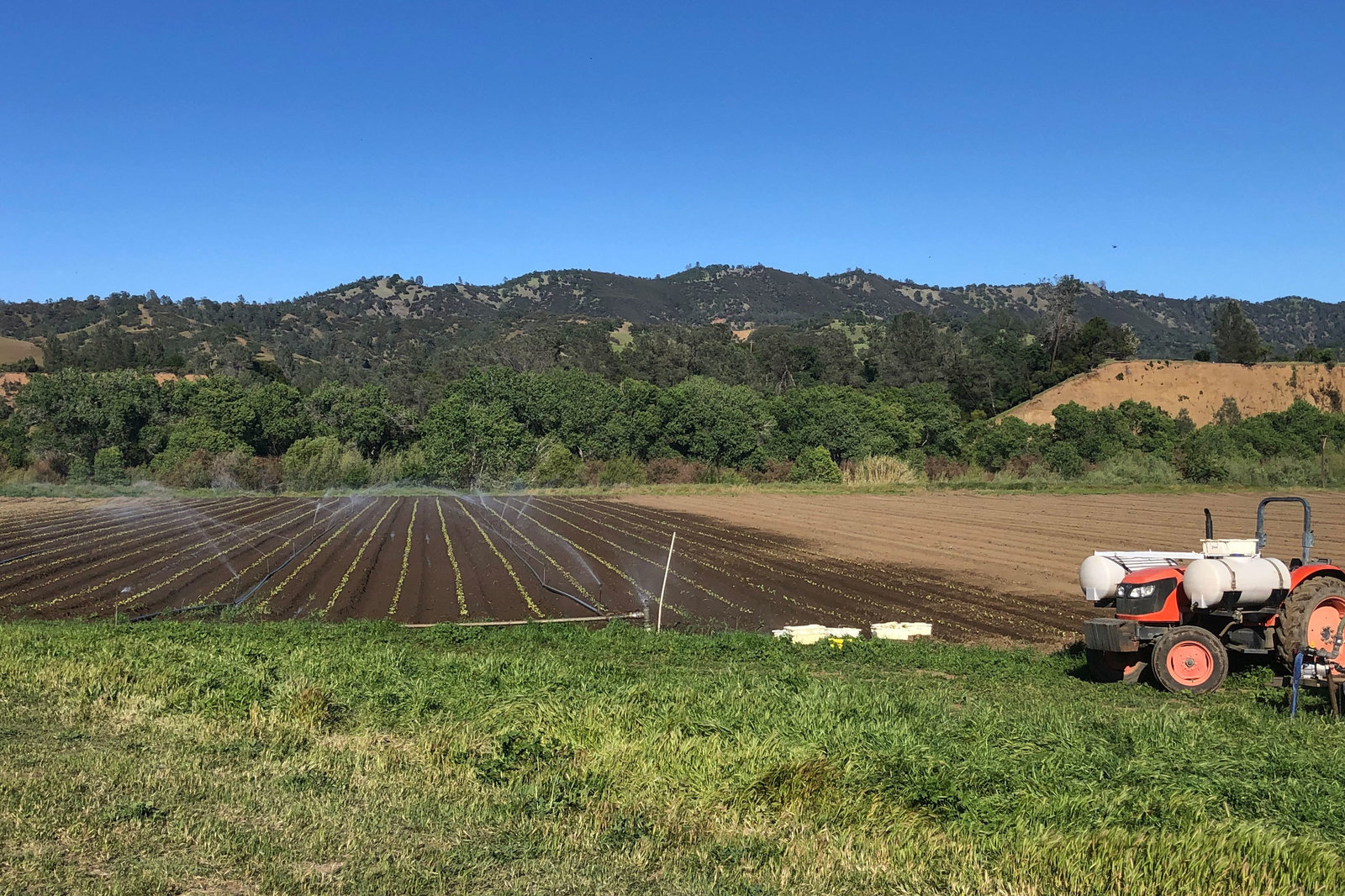 Full Belly Farm, a 450-acre, organic farm, in California's Capay Valley northwest of Sacramento, is busier than ever trying to ramp up production to meet soaring demand. (Full Belly Farm)

Images of some American farmers dumping milk, plowing under crops and tossing perishables amid sagging demand and falling prices during the deadly coronavirus pandemic has made for dramatic TV.

But it's not the whole story.

"We had a reporter call here and say, 'We want to see some produce rotting in the field and milk going down the drains,' " said Judith Redmond, a longtime farmer in California's Capay Valley, northwest of Sacramento. "And I said, 'Well, actually, that's not what's happening in the Capay Valley.' "

Redmond, a founding partner of the 450-acre, organic Full Belly Farm, is busier than ever trying to ramp up production to meet soaring demand.

From California to Maine, the movement known as community supported agriculture (CSA) is booming. Members buy a share of a farm's often organic harvest that gets delivered weekly in a box. CSA programs almost everywhere report a surge in memberships and growing waiting lists.

"The interest in getting local, fresh, organic produce just has skyrocketed during this crisis," Redmond said.

As with many farms, the restaurant and farmers market sides of her business have cratered. But the CSA side, which includes business across the San Francisco Bay Area, has jumped to 2,000 boxes a week. "We've doubled our CSA box numbers and quadrupled our add-ons like wheat flour, oils like olive oil, nuts, fruit juices, even yarn," Redmond said.

CSAs have long been something of a niche market that have never really penetrated the mainstream. Yet, the coronavirus just might prove to be sparking community supported agriculture's breakout moment.

"In all the time that we've worked with CSAs, which is several decades, we've never seen a surge as quickly as we have of the last few weeks," said Evan Wiig with the Community Alliance with Family Farmers, which supports and lobbies on behalf of CSAs across California.

"It's sort of a heyday for CSAs," he said. "Farmers that were starting in March struggling to get enough members for the season – which we see every year — by mid-March were dealing with waiting lists with hundreds of people trying to get in."

The coronavirus has exposed the vulnerabilities and fragility of the U.S. global agribusiness supply chain. The CSA model's focus on local and fresh is ideally suited for a crisis that has people deeply worried about germs on lettuce, beets or broccoli as the crops make their way from the field to the kitchen counter.

People "don't want that many hands on their food right now," said Sarah Voiland. "And we can offer that."

She and her husband, Ryan, run the organic CSA Red Fire Farm, in the Connecticut River Valley outside of Amherst, Mass.

The low-touch factor is an especially big draw at a time when a trip to a supermarket can involve masks, social-distancing lines, hand sanitizer and angst. "The supply chain with CSA is very short. It's like, we harvest the produce and you come pick it up" at a local site, she said.

"We think people's habits will shift because of this" pandemic, said John Tecklin, who runs the CSA Mountain Bounty Farm, serving the northern California communities around Truckee, Nevada City and Lake Tahoe, as well as Reno, Nev. "For a lot of them, it's kind of a wake-up call: 'what's really important to you?' "

In a move spurred partly by the pandemic, and a sign of the changing times for CSAs, Tecklin's farm is now entering into a partnership called Forever Farms with a non-profit land trust, a local food advocacy group and a food cooperative to help secure ownership of part of the farm's land in perpetuity.

"It's local food security for our community," Tecklin said. "In these times it's more important than ever now."

He believes that's the same motivation driving the recent doubling of interest in his CSA. "Everyone is just all of a sudden, 'Wow this is the kind of thing we need, we need local farmers who we're dealing with directly.' "

Some farms, large and small, that relied on restaurant, hotel, school and university food-service contracts have been hit hard. Many are now scrambling to adapt to a CSA-type model, at least in the short term, to survive. Some are now partnering with CSAs in a mutually beneficial pact that helps CSAs meet growing demand while offering an outlet for suffering farms.

Federal and state governments are also now taking a page from CSAs. As part of its coronavirus relief, the U.S. Department of Agriculture has put out a call for $3 billion in contracts for farmers to produce and deliver fresh produce and dairy boxes to food banks, many of which are struggling to support the growing ranks of Americans who are hurting and out of work.

Some states are trying to redirect to charities farm produce that in normal times would have headed to restaurants and hotels. California has expanded funding to help cover the costs of harvesting, packaging and transporting fresh fruits and vegetables from farms to local food banks. The state's Farm to Family Program, a partnership with the California Association of Food Banks (CAFB) and the USDA, provides fresh produce to needy households across the state.

And the new success brings new challenges. Many CSAs are now scrambling to find additional labor to plant, harvest and deliver produce to meet the moment. "We're totally able to produce so much more than we are, but we don't have the workers," said Redmond, of Full Belly Farm. "We're so stressed out by that that, you know, just knowing that there's going to be a difficult time getting workers, it just doesn't make any sense to ramp up production."

A big question for CSAs is whether the renewed interest represents a fleeting reaction to fear or a more sustainable, long-term trend.

"When the lockdown or shelter-in-place started in March, people were just a little panicked," Redmond said. "And what we're trying to do is turn it into a longer-term relationship with our farm and those members so that they see that there's a tremendous advantage of getting food locally from people that they know."