As Farmers Face Increasing COVID-19 Pressure, Some Fear For Their Mental Health 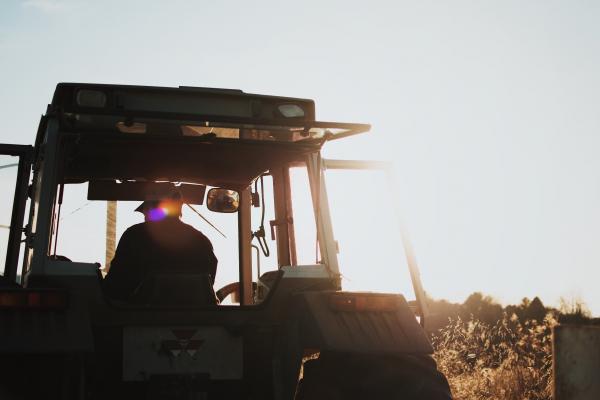 Studies have found the rates of mental illness and suicide are higher for farmers. The profession requires long hours, limited social contact and is often at the mercy of external factors such as weather and market rates. Now the COVID-19 pandemic has farmers facing unprecedented challenges, and this has some worried about a mental health crisis in this community.

Bill Tentinger has been a hog farmer for 50 years. He’s been through droughts, market crashes and even other viral outbreaks, but he says this pandemic is worse than anything he’s seen before.

"We’ve experienced everything, and I gotta tell you I have never seen anything like this in all the years that I've operated," he said.

Tentinger operates a farm in Le Mars, and he’s on the National Pork Board. He said since pork processing facilities have slowed due to COVID-19 outbreaks in the workforce, he’s been struggling with what to do with 2,500 excess pigs - with no end in sight.

"You know if we don't get more of a move to the next group of pigs that moves up and that number is going to start increasing," he said.

Tentinger said cramming them into pens isn’t good for their health and not being able to sell them is taking a heavy toll on his farm.

"Basically I'm using up my retirement plan to, you know, to continue to operate," he said.

Many farmers like Tentinger are under an extreme amount of stress from the pandemic.

"We may see more concerns related to alcohol abuse concerns related to depression, some forms of trauma if they are euthanizing livestock, things like that," said David Brown, a behavioral health specialist with Iowa State University Extension. "We're also concerned about a potential spike in suicides."

As restaurants closed and crop prices plummeted, groups such as the Farm Bureau and Iowa Pork Industry Center have been sending out resources to farmers on managing their mental health and stress.

But the financial toll has already been devastating. Family farms filing for bankruptcy jumped 23 percent in March, a sharp increase from the past 12 months, according to the American Farm Bureau Federation.

"Those financial concerns will always lead to, you know, relationship issues, issues within the family, concerns about how they're going to continue to be able to keep on farming," said Tammy Jacobs, the coordinator of the Iowa Concern hotline, which helps farmers with financial, legal and mental health concerns.

Jacobs said Iowa Concern is creating a new state-funded program to help farmers deal with the effects of COVID-19. One part of the new program will try to steer farmers who call in for financial help to counseling.

But the COVID-19-related stress for farmers isn’t all financial.

Some farmers may be facing traumatic experiences from having to do things like euthanize healthy animals.

"They're going to be reflecting back on all the things they're going through, and some of them are definitely going to have PTSD," said Ted Matthews, the director of Minnesota Rural Mental Health.

Matthews has worked with farmers for decades, and he said it can be hard for them to seek help. That’s because so many feel their outcome, and even their identity, is tied to working hard.

"I have found that in working with farmers, you have to look at them differently than then other occupations," he said, "Because to them, it's not an occupation. It's a way of life."

Matthews said many farmers need to learn to cope with the things they don’t have control over.

Farmer Kevin Dietzel in Jewell said it took him awhile to seek help for his depression, which started when he opened his dairy farm a few years ago. He says he struggled working long hours all alone while making no profit.

"That's when depression started to really kick in and a really hard way. And then I started to have days where I almost couldn't get up and function," he said.

Dietzel said he understands why many farmers might not seek help - even now.

"I think there are within this sort of male dominated market, macho farming community I think ... there's still a lot of people that would not admit to, you know, having a problem or wouldn't want to deal with it in that way," he said.

Dietzel said he continues to get help today. He said it’s one of the ways he’s able to cope with the pandemic now.

If you or someone you know is struggling with depression and considering suicide contact Your Life Iowa by calling (855) 581-8111, texting (855) 895-8398, or using the online chat function at https://yourlifeiowa.org/. Find resources to help get connected with counseling and care here.