As A Phase One Trade Deal Nears The Finish Line, Some Details Still Aren't Clear 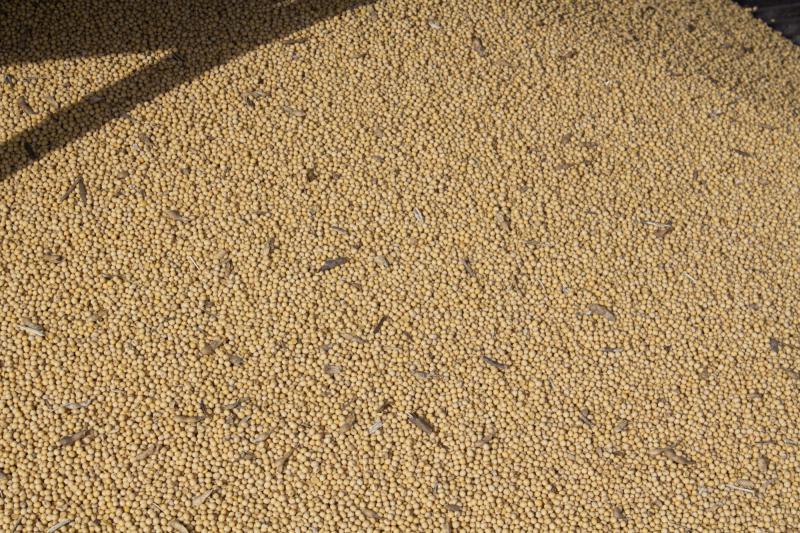 The Trump administration confirmed this week negotiations for the first phase of a US-China trade agreement are finished. President Trump also elected not to enact additional tariffs planned for December 15th.

Brad Lubben, an agricultural economist at the University of Nebraska-Lincoln, was happy to see a trade ceasefire between the two countries. But he said the hardest work likely lies ahead for negotiators who may not see eye-to-eye on how to de-escalate tariffs.

According to Wendong Zhang at Iowa State University, if those numbers are accurate, they’d surely be an improvement over the last two years, but wouldn’t be much higher than pre-trade numbers. In 2017, the U.S. sold about $24 billion in ag products to China.

“Politically this will be lauded as much bigger victory then it's meant economically … I think politically, both countries really want a deal,” he said.

2019 has felt like a roller coaster for Tracy Zink, a row crop farmer in western Nebraska. It’s not easy for her to trust a deal will stick without knowing its timeline and specifics.

“One year ago, I sat here with a similar...I'm sure it was called something different at that time, but it had just been announced that it's going to pass. And it didn't. And so here we are one year later with something again, but the hope hasn't changed,” she said.

What will it take to feel confident this time?

Zink has reflected on possible takeaways from the nearly two-year long conflict. Now, she feels nervous about basing so much of her business on a single a major trading partner like China. She hopes a deal will be negotiated to open up agricultural markets in countries like South Korea, Japan, and India.

“I like hearing that they're still working on other avenues, other countries to take the grain.”

This story originally appeared on the website for Harvest Public Media.