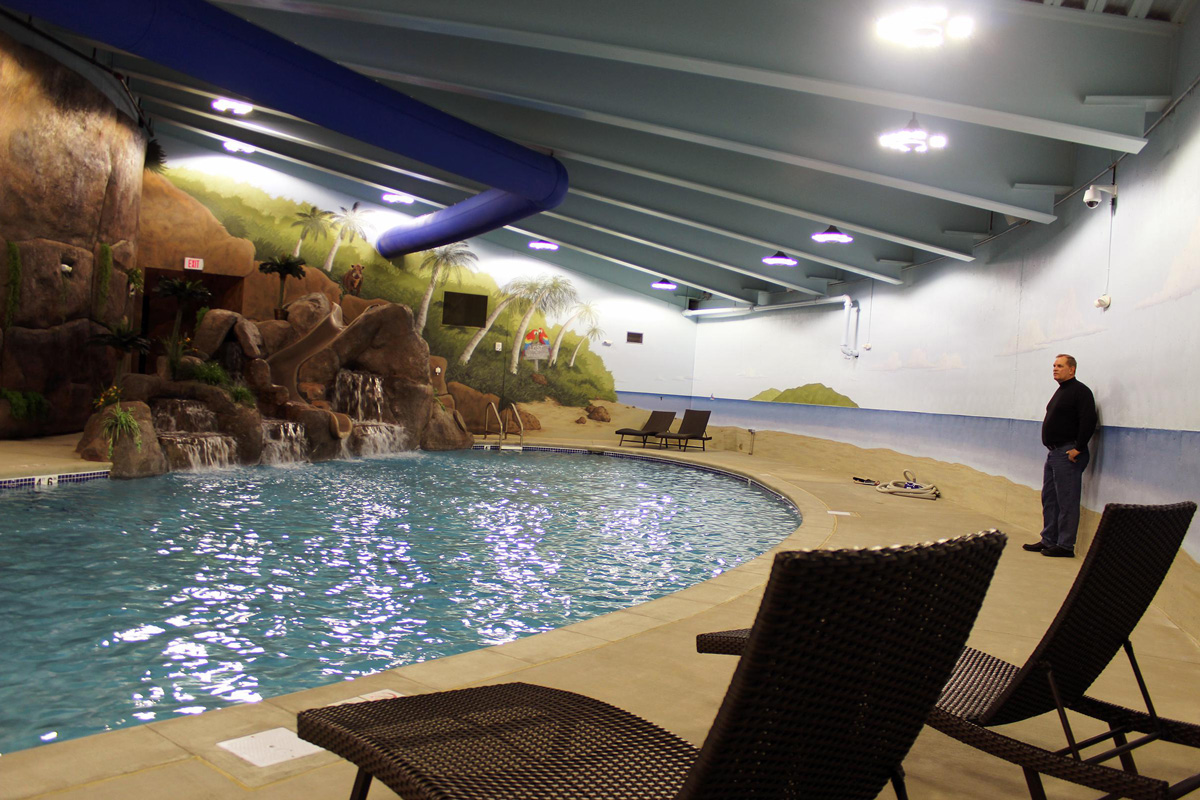 There have always been Americans worried about some pending religious, social or natural cataclysm. The business of catering to those fears and helping people prepare to survive the next big calamity, though, has changed substantially in the age of President Donald Trump.

The change is evident on a particular county road in Kansas, near the center of the continental United States. What looks like a grassy mound is protected by a barbed wire fence and a heavily armed guard. A massive concrete entrance frames big, heavy steel blast doors.

The complex is Larry Hall's survival shelter, an old Atlas nuclear missile silo where 70 or so people may ride out the apocalypse.

"Those are three nuclear, biological and chemical air filtration units," Hall says, giving a tour. "We filter every known pathogen to man, including weaponized nerve gas."

The place has two generators, with and a half-year's worth of fuel and a filter to keep the air fresh, a wind turbine, and a battery big enough to power the place for a day. Hall says they've got about five years worth of food, and a secure, filtered well. Some of the walls are nine feet thick, and the place sinks 200 feet into the prairie. But it is not austere.

We walk through a hatch into a warm, humid room, painted to look like the beach. In it, a big salt water pool stretches more than 70 feet.

The 12 apartments inside are just as nice, decked-out with virtual windows, walk-in closets and high-end appliances. The units sell for up to $3 million a pop, plus $5,000 a month. And they're all gone.

"It's full, it's sold out. Yeah, this place is sold out," Hall says, proudly.

Now, Hall is filling up a second survival bunker. It is three times the size of the original, as his client base expands from the level it was at just five years ago.

"I would say that back in the original time that we were building these, there were more Republicans who were fearful of the presidency, and recently in the last year and a half, there's been a switch," says Hall, referring now to Democrats.

More liberal preppers are worried about climate change or societal collapse under President Trump, Hall says. Despite the pessimism and interest in dystopian fiction these days, Hall says that actually taking steps to survive real calamity can be a tough transition for progressives. Hall says "A-list Hollywood people" have called him to complain about being oppressed for being preppers.

"I can't tell you who said this, but the quote was, in Hollywood it's easier to come out and join the LGBT community and say that you're gay, than it is to come out and say you are a prepper," Hall says. "You just don't do it. People will ridicule you and pick on you."

That stigma may be fading, however, according Robert Vicino, who runs the Vivos Group, which is in the survival shelter business.

"It has gone from ‘OMG,' to mainstream and beyond," says Vicino.

Vicino says his business is up dramatically over the last year. He's catering primarily to a more middle-class customer.

"We're not trying to build the Ritz," Vicino says. "It's really all about survival."

Vicino is developing 575 World War II-era munitions storage bunkers on a sprawling site in South Dakota: $25,000 will get you a bare concrete bunker. He's also converting a massive, underground, Cold War weapons storage facility in eastern Europe. He had planned an even bigger shelter in Atchison, Kansas, to be built in a limestone mine where the Army once stored equipment. That project ran into construction difficulties.

In Larry Hall's underground condo in Kansas, he's talking about the next project going in. He won't say where it is located, but responding to customer demand it's planned to be even fancier.

It's a business plan that banks on sustained anxiety, which in the current political climate, seems like a pretty safe bet.

This story was originally produced by KCUR 89.3.